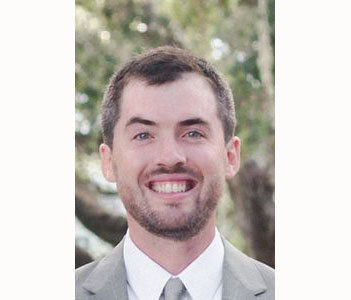 Libertarian Joe Hartman is also seeking the 8th District U.S. House seat in November. He is a graduate of the University of Central Florida and has lived in Michigan for the past 2 years. Hartman has worked as a middle school math teacher, business consultant, and the past 10 years in tax accounting. He credits Rand Paul’s presidential campaign in 2007 as the turning point that changed the way he looks at the political system in the United States.

Hartman says that while Democrats and Republicans position themselves as opponents of one another, from the Libertarian perspective, he doesn’t see them as much different. Hartman said they are similar in many ways with how they see government, but just haggle over which team should be wielding power. He called the CARES Act an example of the destructive nature of the two parties. Hartman said the aid came out to an average of $60,000 per family, but people were only getting $1,200 per member. Too much money, he says, went too many businesses that weren’t in trouble, and the extended unemployment benefits found many people making more money while off work than on. Hartman says this shows the government makes up these arbitrary rules, and the responses are always so uneven.

With healthcare being a big topic in the race and both competitors proclaiming an interest in protecting people with pre-existing conditions, Hartman believes there is too much fixation on that issue, which he says is but a small part of the Affordable Care Act. While Slotkin and Jueng have shown support for at least parts of the ACA, Hartman believes it must go, calling it “atrocious.” He said there are some good parts, like the idea of the marketplace, but the “idea that they restrict the policies and services of the marketplace is the core of the problem.” Hartman says, as someone with a pre-existing condition as a skin cancer survivor, “he gets it,” but that there are greater problems within the ACA. As a tax accountant, he pointed to the amount of subsidies going to people, claiming that too many wealthy are getting health insurance for free because they have ways, like through real estate, of making their income artificially low.

He also spoke against the pandemic lockdown, calling the “heavy handed enforcement of policies” a problem with how it put Michigan residents basically on “house arrest for months.” Hartman also took exception to how some people were called “essential” and were allowed them to continue working, while others were prohibited because of fear of the disease. He called this totally unnecessary and a violation of free society. Hartman said there is no ability to find out what went right and what went wrong with how the pandemic here was handled, because it was so overtaken by the government.

Hartman believes he and the Libertarian party can offer a lot to people who may find themselves disillusioned with the 2 major parties. He said he believes “there aren’t a lot of Republicans out there that think Mitch McConnell is doing a great job. There is a lot of Republicans out there that think the party is very petty and is causing problems in other ways, but they’re more concerned about the dangerous Democrats taking over. And I think the Democrats are the same way. They have problems with Nancy Pelosi or the Democratic establishment, but they look at the Republicans as the more dangerous problem. To me, the most unifying message is the federal government should have way less power. Decentralizing power is a huge part of the Libertarian message.”

To hear more from Hartman, tune in to WHMI’s Viewpoint this Sunday at 8:30am when he will be the special guest.