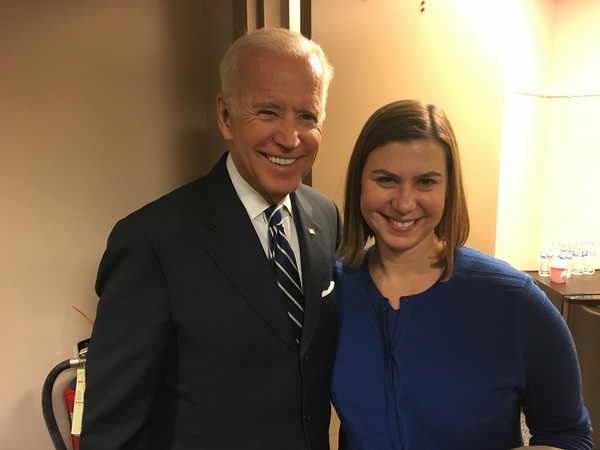 A local candidate running for the 8th Congressional District seat has picked up an endorsement from former Vice President Joe Biden.

Biden announced his endorsement of Elissa Slotkin in her candidacy to represent Michigan’s 8th district in Congress, praising her extensive record of service and bipartisan background. Slotkin is running as a Democrat to challenge Republican Congressman Mike Bishop for the seat that includes Ingham, Livingston, and northern Oakland Counties.

Slotkin lives in Holly on her family farm and has spent her career in national service, serving three tours in Iraq alongside the military, and working as a national security expert for both Democratic and Republican administrations. Slotkin often advised Vice President Biden on national security matters in her role as a top official at the Department of Defense.

Biden says Slotkin has served the country throughout her entire career, working in dangerous situations abroad and serving in top national security roles for both administrations. Over the years, he says Slotkin advised his team as a Pentagon official on some of the most difficult national security matters and she is “part of a new generation of service-centered leaders that this country needs now more than ever”. The full press release with comments from Biden and Slotkin is attached. (JM)