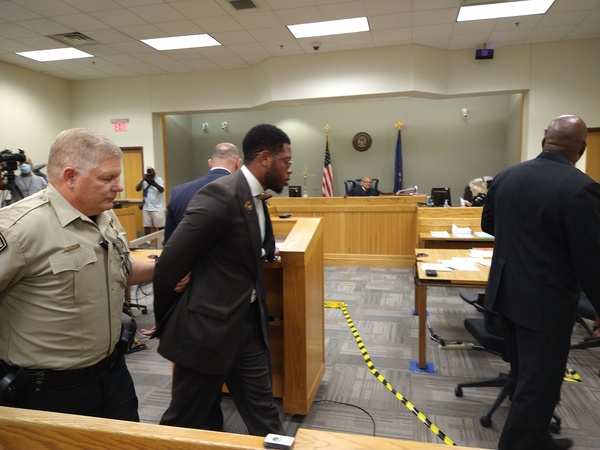 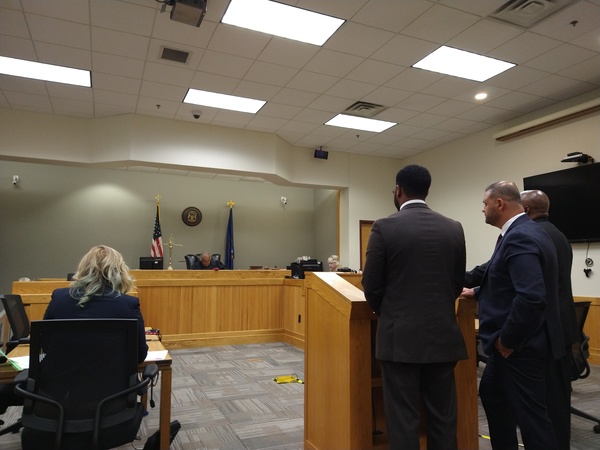 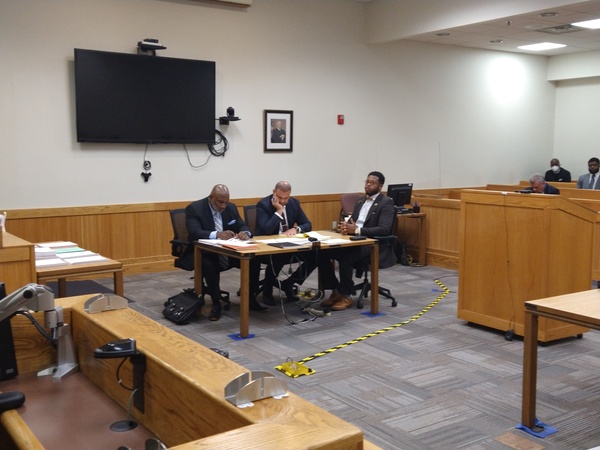 
A state lawmaker charged in a local drunken driving case was jailed Tuesday for violating bond a third time by consuming alcohol and tampering with his tether over the Labor Day weekend.

State Representative Jewell Jones accepted responsibility for his actions during a court appearance before Livingston County Circuit Court Judge Michael Hatty. He was arrested in April near Fowlerville after authorities say he drove his vehicle into a ditch on I-96 and then resisted responding officers.

Jones is charged with operating a motor vehicle with high blood-alcohol content, resisting police, reckless driving, and possession of a weapon while under the influence of alcohol. Reports stated Jones’ blood alcohol content was .19%.

In court Tuesday, Prosecutors had pushed for Jones to be jailed until trial, saying the public perception is strong that he’s getting special treatment and there’s strong evidence he believes himself to be “above the law” based on multiple violations.

Assistant Prosecutor Christina Richards requested that bond be revoked and Jones held in custody until trial as this was his third violation and the second involving dishonesty with the court in order to elude the conditions of his bond. She stated that on September 3rd, Jones’ alcohol monitoring tether tested positive three times for consumption and then on September 6th; he tampered with his tether by putting a sock underneath it.

Richards stated that shortly after receiving the people’s motion to revoke bond, Jones contacted the tether company to look into what could have caused the tamper. In doing so, Richards said Jones inadvertently sent the exact item necessary to really prove his guilt – a picture of a reflection of the defendant in a car with his sock fully under the tether.

Richards said the company noted it would have been a very intentional act and difficult to get the tether in that position around the sock, adding it would have been uncomfortable for the entire time the obstruction was going on - which happened for 14 hours on Labor Day.

In June, Jones pleaded guilty to violating bond for skipping out on military training and not notifying officials. He was then ordered to wear the alcohol tether. Jones violated bond again when he failed to pay the invoice for the device on time, but did so a few hours later. After fining Jones $1,000 in July for that violation and warning him there would be jail time, Circuit Court Judge Hatty told him Tuesday that he didn’t think there would be any more moving forward.

Richards said Jones’ actions from his conduct during the charged crimes and through each of the three bond violations, shows that “he believes as a person who writes our laws, that he is above our laws.” Richards added there’s also “a very strong public perception the defendant is getting special treatment because of his position.”

She had started to read comments posted on social media to back up that assertion, but Judge Hatty stopped her and said he was not concerned with social media or what people say outside the courtroom. He assured her that he was dealing with a citizen in front of the court for violating orders and he’ll stick with the evidence before the court.

Richards again then noted that this was the third time the people are asking court that Jones be treated like any other defendant who violates bond - regardless of his position of power. She requested Judge Hatty follow through with his words and order jail time.

Jones’ Attorney Ali Hammoud had asked that Judge Hatty take into account different factors including likelihood of appearance in court, public safety and danger to the community. He stated that Jones has always appeared in court, hasn’t missed any dates for emergency hearings even when on short notice, has no criminal history and there’s been no police contact. Hammoud added that Jones is still a state representative, has his job in the Michigan House, is a member of the National Guard and recently enrolled in school to finish his bachelor’s degree at U of M Dearborn.

Based on the three readings and tamper violation for 14 hours, Judge Hatty told Jones he felt there were sufficient reasons to believe his previous orders have not been complied with. He added that he believed Judge Bain’s earlier words to take the matter seriously were not sufficiently heated and “neither were apparently mine.”

Judge Hatty further stated that he believes in graduated sanctions and was not prepared to jail Jones until trial. but did revoke his bond and remand him to jail. However, he also advanced his pre-trial conference to this Friday – which had originally been scheduled for October 1st.