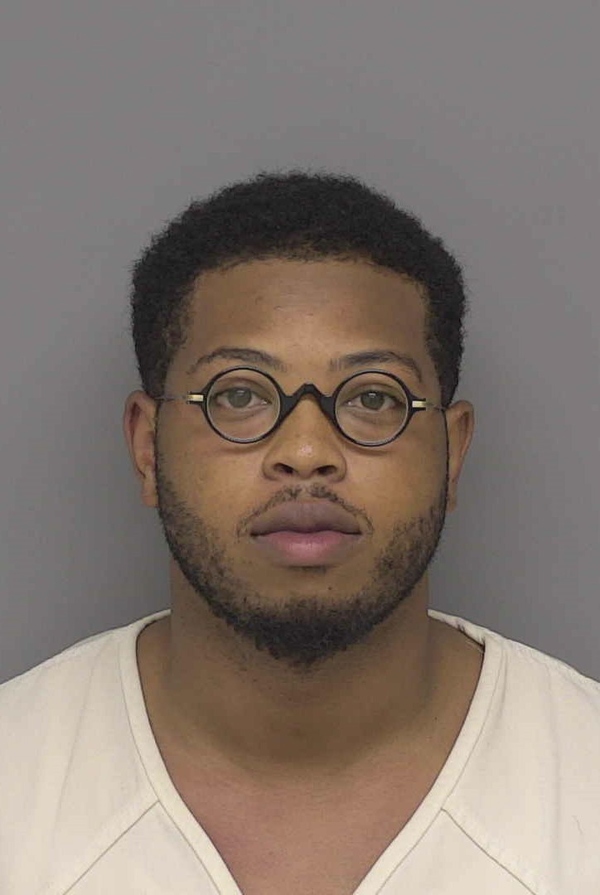 
The charges keep piling up for a state lawmaker charged in a local drunken driving case who has continually violated bond and recently got caught trying to smuggle a handcuff key into the jail.

State Representative Jewell Jones, an Inkster Democrat, was in court Tuesday for violating bond a third time after getting caught consuming alcohol and then tampering with his alcohol monitoring tether over the Labor Day weekend.

Circuit Court Judge Michael Hatty ultimately revoked bond for the 26-year-old Jones with the handcuff key being discovered when he was being transported from court to the jail and had changed into jail-issued clothing. That has since resulted in the Prosecutor’s Office authorizing two more felony charges against him – bringing a weapon into the jail and attempting to escape while awaiting trial for a felony. A probable cause conference on those counts is set for September 28th.

Sheriff Mike Murphy told WHMI in the process of changing from his personal attire to “their lovely jail attire,” a handcuff key was found - adding “I don’t know what’s going through this guy’s head.” He said what people don’t understand is bringing that kind of contraband into a correctional facility could lead to extreme harm to his staff or another inmate. The key was found taped to his foot.

Murphy noted that when inmates are being transported, whether to a court proceeding or doctor appointment when they leave the jail facility they’re in handcuffs so now someone has a key and could get out of them and “who knows what happens.” In the best-case scenario, Murphy said they just want to run away but in the worst case, they attack a deputy or inmate – adding “I’m just beside myself quite frankly that’s how mad I am that this idiot would try to do that.”

In June, Jones first violated bond by skipping out on military training and not notifying officials. He was then ordered to wear the alcohol tether. Jones violated bond again when he failed to pay the invoice for the device on time, but did so a few hours later. After fining Jones $1,000 in July for that violation and warning him there would be jail time, Judge Hatty told him Tuesday that he didn’t think there would be any more moving forward.

As for his original case, Jones is charged with operating a motor vehicle with high blood-alcohol content, resisting police, reckless driving, and possession of a weapon while under the influence of alcohol. The charges are tied to an April run-in with law enforcement when his vehicle ran off I-96 near Fowlerville and he struggled with officers. Reports stated Jones’ blood alcohol content was .19%. Jones is scheduled to appear before Judge Hatty on Friday morning at 8:30 for a pretrial hearing in that case.

In the five months since his April arrest, Murphy said Jones has been successful in racking up three violations while out on bond – which “in and of itself is pretty impressive.” He added that he’s a little disillusioned by his antics in the whole thing that led up to this, but as far as the handcuff key coming into the jail “I’m mad, I’m very mad.”

Jones is currently in quarantine at the jail. Murphy said they’ve got a really good system set up for new entries into the jail, where they’re put in quarantine to make sure that if they do have COVID, it doesn’t spread to the rest of the jail.

Depending on whether Jones posts bond and is released after his quarantine period, then he would be classified and go into the general jail population. Jones can’t be released before Friday regardless following Tuesday’s court action. However, on the new charges, a $100,000 cash/surety bond was set. Murphy said that means somebody would have to put $100,000 on the line for him - or surety means someone has assets worth $100,000 or more they’re willing to put up for Jones to get out of jail. Based on his actions so far, Murphy said he would be “very surprised if anybody would be willing to front that kind of money for this guy based on his track history but that’s their business”.