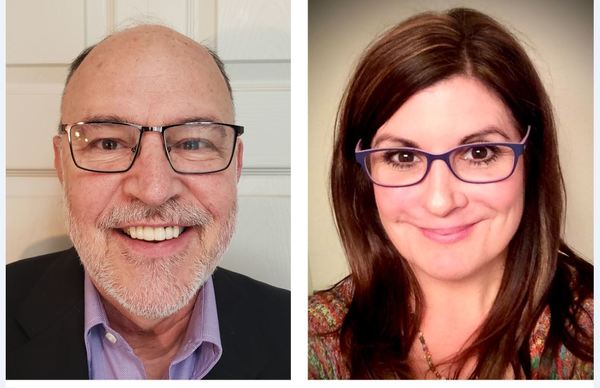 
More aggressive environmental protection, more walking lanes and bike paths, and increased cooperation among subdivisions for key services are among the priorities of a pair of Democrats running for spots on the Brighton Township board.

Jean Thayer-Seitz, a certified addictions nurse practitioner, and Lee Anzicek, a retired school administrator, are running as Democrats for two of the four trustee spots on the ballot in the November. In a press release, Thayer-Seitz said there needs to be fair representation of both Republicans and Democrats, the ability to listen to opposing points of view and willingness to compromise. Deteriorating roads, lack of sidewalks along busy roads and lack of testing for PFAS in Brighton Township waterways are also among her top concerns. Thayer-Seitz works for Key Development Center, a nonprofit organization that works with Community Mental Health and the Livingston County Jail. She also previously worked for the Centers for Disease Control as an infectious disease specialist and became one of the state’s first pre- and post-test counselors for HIV patients in the Detroit Health Department.

For Anzicek’s campaign, he wants to push for more cooperation among homeowners’ associations, and possibly townships, for services such as street maintenance and trash collection to achieve economies of scale, better rates and better service, and to get more projects done sooner. Anzicek would also like to see more aggressive environmental protection, starting with much broader PFAS testing. Anzicek is a former president of the Harvest Hills Homeowners’ Association, the current co-chair of the Crossroads Sierra Club’s political action committee, and has been active in the Livingston County branch of Big Brothers Big Sisters for 15 years. He is also a former administrator in the Allen Park school district.

More information on both campaigns can be found in the attached press release.