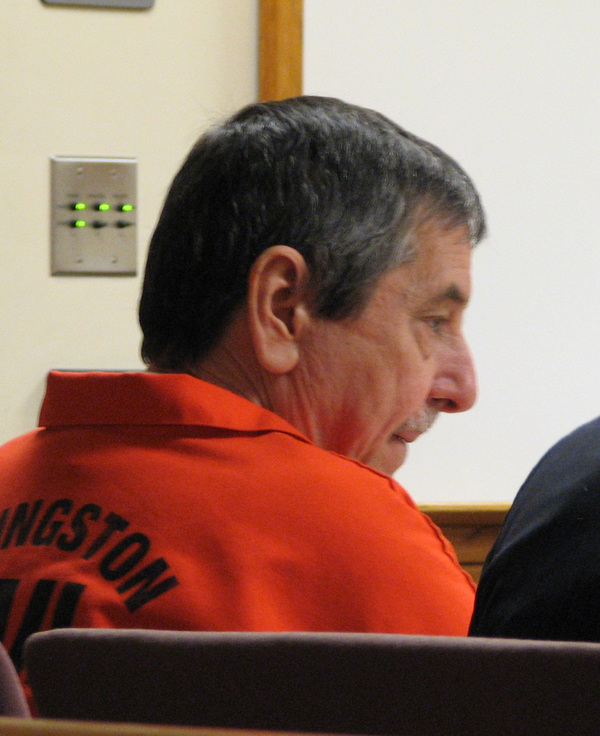 The son of the man who was convicted in the case at the center of the Judge Theresa Brennan maelstrom says it’s well past time for his father to be granted a retrial.

In 2013, Jerome Kowalski was sentenced to life in prison by 53rd District Court Judge Brennan for an Oceola Township double murder. The prosecution’s chief witness was former Michigan State Police detective Sean Furlong. Last year, during Brennan’s divorce hearing, testimony indicated she and Furlong had been having an affair before, during, and after the trial. The two have acknowledged the relationship, but claim it started after the Kowalski case. With county legislators calling for Brennan’s resignation, her case load being removed, and the Judicial Tenure Commission submitting a complaint against her this week, Kowalski’s family is hopeful for a chance to prove Jerome’s innocence.

Jerome’s son Jared said that since the allegations against Brennan and Furlong came out in February 2017, the family has been both fired up and frustrated while waiting to see what will happen with his father. With no DNA or murder weapon found or presented in court, Jared says the only evidence they had against his father was a false confession obtained by Furlong. According to Jared, his father, who suffers from substance abuse addiction, was questioned while under the influence for hours by Furlong. He said they began badgering his dad, telling him that his sons were in the next room over giving details. Jared said that was a lie and that they weren’t there. He said he father “basically said, ‘If you are going after my sons and you say I did this, then leave them be and I guess I did this.’”

Kowalski says the family had an expert in coerced confessions lined up to educate the jury on why somebody who didn’t commit a crime would confess, but he was not allowed to testify. Kowalski said it is clear that his father was not given a fair trial and was denied his constitutional rights for one. He said he believes that if his father is granted a retrial in a non-biased courtroom, he will be exonerated. He is calling upon Livingston County Prosecutor Bill Vailliencourt to do what he says is the “honorable and right thing” and grant his father that retrial.

Jared Kowalski told WHMI that he just wants his dad free. He said the whole process has put his family through hell and that it’s not just Brennan, but multiple people. He continued, saying, his family was taught forgiveness, and that whatever happens to her, they hope she gets the help she needs.

WHMI has reached out to Vailliencourt’s office for comment. He sent us the following statement; “As in every homicide case, there was a thorough investigation that included a determination of whether there was any scientific or forensic evidence. Unlike what you see on TV, sometimes there’s something of evidentiary significance at a crime scene, but sometimes there’s not. Even Mr. Kowalski’s attorney said during his argument to the jury that police did “every possible test imaginable.” He even observed that “to their credit they were trying to solve the case” and that the State Police went to the scene and took “every possible thing they can think of to take.” As his attorney summarized for the jury: “They tried every scientific method they could.” I suspect that the defendant’s son has not reviewed all of the reports from the crime lab that were provided to the defendant and his attorney, but all of the investigative reports and laboratory reports from both the State Police and the FBI were provided to the defendant and his attorney. And they had the full opportunity to have any of those experts testify at trial.” (MK/JK)