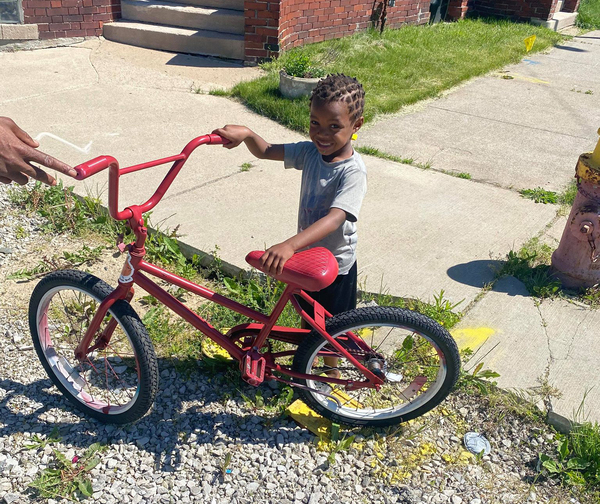 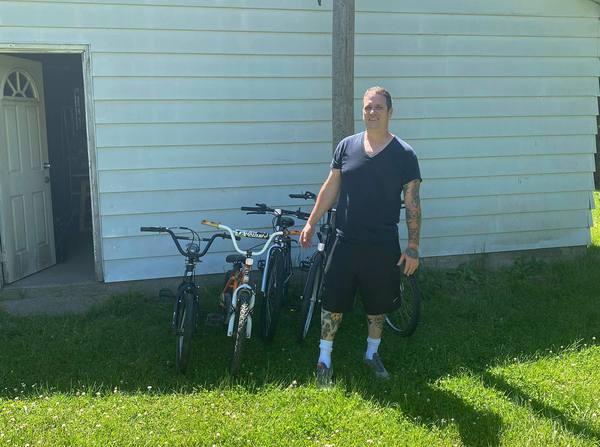 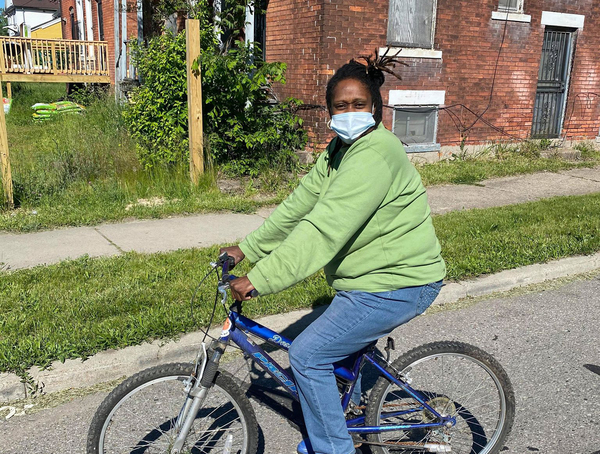 
A Pinckney man making generous gestures is putting smiles on the faces of random people in Detroit.

Jamie Lince is also known as Ricky Baggy of Baggy’s Bikes on Facebook. Over the past month, Lince has fixed up and donated over 100 bicycles to Detroiters-in-need. He said it began with a bike he and his fiancé picked up on the side of the road a year ago. She used it for a year, and when they decided to part with it, no one they knew wanted it, and the garbage haulers wouldn’t take it. Lince said, that since he works in Detroit, and with all the stuff going on, “why not brighten up someone’s day?” He put the bike in his car, then at lunch found a random person and asked if they wanted a bike - which they accepted and then rode away on with a big smile on their face.

Lince (middle picture) then reached out to community, from which he received offers for 200 bikes to be donated within 48 hours. He said he picked up many of them, put a little love into fixing them up, and now drops off about 10 a week. Lince said usually when he pulls up to people, their first question is, “Are you the police?” He tells them “no,” and that he’s just trying to make what difference he can while setting a good example for his kids. Lince told WHMI, “I just smile, smile and say I’m just a guy who wants to show you somebody cares- somebody who’s different from you cares. It’s not all about race and color, and not everybody sees color and that’s the main thing I want to show my children. There may be differences in finances and what people have, but that’s as far as it goes. I don’t want my kids to see color or see the hurt and hate in the world and that’s one way I can show it to them. I don’t have money to give people, but I have time and bikes.”


Lince said he’s contacted Detroit police and that he puts a Baggy’s Bike sticker on each donation so that they are aware that the bikes were given as a gift.

Lince said it has been suggested to him that he start a charity, but that he is afraid it may turn into a chore if he were to. He said, “I don’t want it to be a chore. I want to do it, cause I want to do it. I don’t want to do it cause I feel I have to and therefore it’s a ‘job.’ The joy I get out of it is the hand-off and the smile on their face when they ride away.” He said that while everyone is wearing a mask, you can see their faces perk up and their cheeks rise, “so you know they’re smiling.”

Lince says he hopes his actions will inspire others to do more. He said it doesn’t have to be a bike, it could be something else. But if you have something that can make someone’s day and make them smile, do it; he “just happens to have bikes.”

One misconception Lince says he faces, is that some people think he is trying profit off of vintage bicycles. Lince says he doesn’t want vintage, or valuable bikes. He wants the rusty, broken down ones that barely work. As long as the gears work, the brakes work, and tires hold air, he can find someone who will appreciate it. Lince says he doesn’t see any reason to stop doing this good deed, and that seeing the looks on people’s faces is worth the time he puts in.