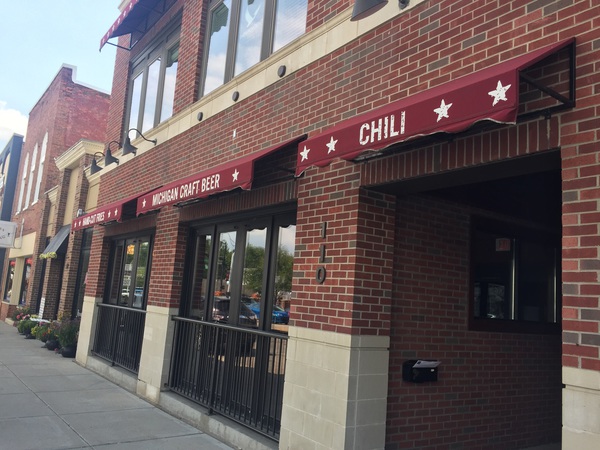 Downtown Brighton will soon be getting a new restaurant…in this case, an Irish pub. The new restaurant and bar, to be located in the now-vacant Bagger Dave’s on East Grand River, is Jameson’s. Now situated in the Green Oak Village Place lifestyle mall at US-23 and Lee Road in Green Oak Township, Jameson’s will be moving to the new location in early 2019.

At its meeting Thursday night, the Brighton City Council voted unanimously to grant a Downtown Redevelopment Liquor License to Jameson’s to sell alcohol for a restaurant and bar. Jameson’s owner Tony Kasab will be required to go through the site plan process in order to get final approval for the move to downtown. City Manager Nate Geinzer tells WHMI that, in addition to the building that housed the former Bagger Dave’s, the owners will be using the adjacent building immediately to the east for more space.

Geinzer says having two Irish pubs in the 100 block of East Grand River kitty-corner across from each other shouldn’t pose a problem. Jameson’s General Manager Drew Hagedorn says the reason for the move is Brighton’s dynamic downtown, particularly at night. He feels the more prominent location on Grand River will result in larger crowds – particularly the “30-and-up” age group.

Hagedorn says they plan on having acoustic music but it will not interfere with the sports bar aspect, which will have all the TV sets of the current location. He says they are also considering a rooftop patio such as The Pound has on Main Street. He says the plan is to close Jameson’s at the end of the year and, as he puts it, “seamlessly make the transition” to the new location in early January. (TT)