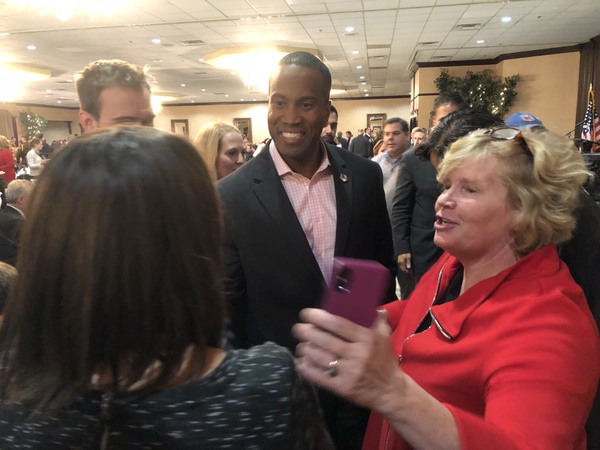 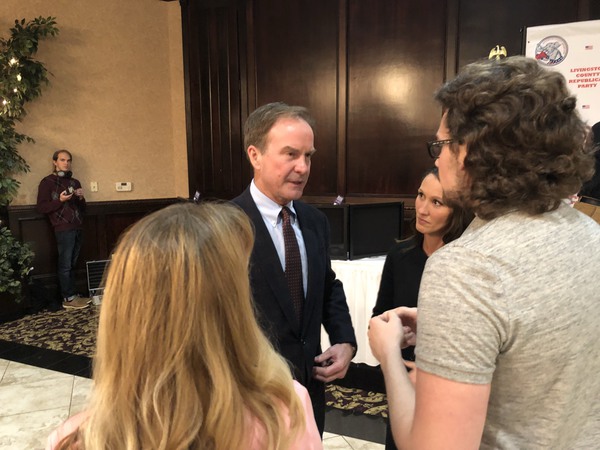 Several of the GOP’s elected officials and candidates for office were in Genoa Township last night for the annual Reagan Day Dinner. More than 450 supporters took part in the event that was held by the Livingston County Republican Party at the Crystal Gardens Banquet Center.

Lt. Governor candidate Lisa Posthumus Lyons was Master of Ceremonies. As she was finishing up her opening speech, state Attorney General and gubernatorial candidate Bill Schuette made an unscheduled appearance. Shuette, down in the polls to Democrat Gretchen Whitmer, but gaining in the past week, called himself “Michigan’s Comeback Kid.” True to the running theme of the night, he spoke about continuing forward with the work that’s been done in Lansing over the past 8 years and not going back to what Republicans are calling the “lost decade,” when Jennifer Granholm was governor. He called Livingston County a “great Republican county,” and a “great example of why Michigan wants to go forward, not backward.”


The keynote speaker at the dinner was U.S. Senate Candidate John James. He said his opponent, incumbent Debbie Stabenow, doesn’t represent the people that have elected her, or their values. He called her part of the political royalty and elite in Washington, and that she is hyper-partisan and lacking the right kind of experience. James said it is his experience that makes him the right person for the job. He graduated from West Point 18 years ago, flew 750 hours of combat in Iraq, and created 100 new jobs while helping grow his family business 233%. Over 18 years, Stabenow, James said, has only produced “ineffectiveness”, “hyper-partisanship”, and “broken promises.”

James said that while Stabenow has questioned his experience, it is the citizens who should be questioning her ability to lead. He continued, saying that he is not running to beat his opponent, but that he is running to serve the people of Michigan.

Also in attendance were Michigan House Speaker Tom Leonard, who is running for Attorney General, candidate for Secretary of State, Mary Treder Lang, and U.S. Congressman Mike Bishop, who said that the Democrats in Michigan are mad at the state turning “red” in 2016, and warned that they, and his opponent Elissa Slotkin, are trying to buy this election with out of state money.