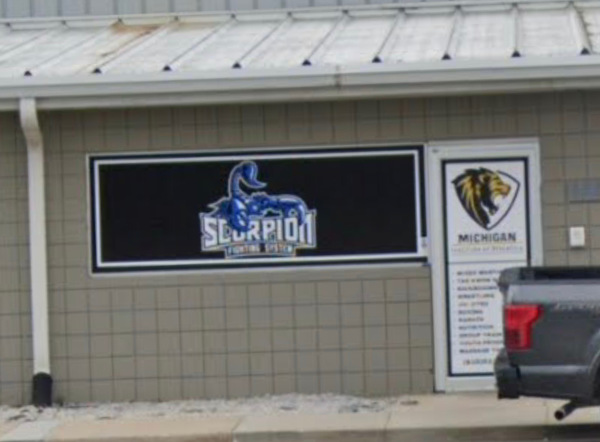 
A local gym owner has re-opened his facility in violation of Governor Gretchen Whitmer’s stay-at-home order.

Founder and Head Coach James Gray re-opened Scorpion Fighting System and Michigan Institute of Athletics on Euler Road in Genoa Township. It’s a mixed-martial arts studio. Gray posted a YouTube Video on May 1st announcing that he would be ignoring an executive order requiring gyms to remain closed. A link to the video is provided. Gray said he’s anticipating backlash but wanted to give some of what he called “scientific reasoning” behind his choices. “Moving forward, I’m going to be defying the governor’s orders. I’m not going to be obeying the protocols that have been passed down. I’m not going to be listening to the CDC or the WHO. I’m going to be doing the best I can for my health, my family for the people in my life and everything I can to try and create a form of normal.”

When everything first happened, Gray said he immediately closed down his business and quarantined and did everything he could to keep people around him safe, noting his girlfriend has an autoimmune disorder. He cites what is known to be false information and questionable data, essentially likening COVID-19 to the seasonal flu, adding everyone is responsible for their own health and you can’t eliminate risk from the world. But the comparison to seasonal flu has been shown to be false, one key reason being the transmissible nature of the virus. The incubation period for influenza (between 1 and 4 days) is much shorter than that for COVID-19 (between 3 and 14 days), according to a Harvard study which concluded that, "One of the main problems with general rules regarding contagion and transmission of this coronavirus is the marked differences in how it behaves in different individuals. That's why everyone needs to wear a mask and keep a physical distance of at least six feet."

He also promotes the notion of fighting COVID-19 through herd immunity, an epidemiological concept that describes the state where a population of people is sufficiently immune to a disease that the infection will not spread within that group. But that runs contrary to settled scientific consensus. The Johns Hopkins Bloomberg School of Public Health is just one of numerous medical authorities which have concluded that absent a vaccine, herd immunity is only effective when 70% of a population has been infected. If that were to happen, roughly 231 million Americans would need to have been infected by coronavirus for it to have achieved herd immunity (based on a U.S. population of 330,000,000) and with an infection mortality rate of even just 1% (and all available evidence is that the COVID-19 rate is much higher) that means more than 2.2 million would die before herd immunity was achieved. It is also still unclear whether those who have contracted the virus will retain immunity for any period of time.

In announcing the re-opening of his academy, he said people can follow whatever guidelines they want, saying anything that makes someone better he supports. Gray said people should enjoy their freedoms and have the right to do what they feel is best – adding it’s a choice to visit his business. They are going to try to put some guidelines in place but questioned how you can social distance in jujitsu or wrestling or football. Gray said people can’t be afraid that there is a virus in the world - they just have to do their best.

The Livingston County Sheriff’s Office and the Livingston County Prosecutor’s Office are not enforcing the stay-home order and have opted for a more education-based approach. Sheriff Mike Murphy, a Republican, questions the legality of the orders and anticipates violations will likely just be dismissed anyway. He says he made the decision that his office will not be enforcing the Democratic Governor’s executive orders going forward – but that doesn’t mean other branches of government, the local Health Department, and other area police agencies are not. Murphy says this was not a political decision, noting that he was initially behind the Governor in the beginning that there needed to be a lockdown to get a handle on things and understand the situation – likening it to a criminal investigation. He’s not convinced the Governor had the authority to extend the emergency orders and says it’s gotten to the point now where it’s gone too far and things probably need to start loosening up. If there are executive order violations out there, then he invites people to contact the Attorney General’s Office and they can handle the investigations. He says they’ve had ample time to figure things out so they can’t claim being overwhelmed or lack of a process. Murphy says everything was basically just dumped on law enforcement in the beginning and his men and women are not going to do executive order violations anymore but rather concentrate on real police work.

Murphy noted the orders carry a 90-day misdemeanor, which really isn’t much more than a traffic ticket or civil infraction. He stressed he’s not going to put his men and women in a position where they’re confronting people trying to enforce something that probably isn’t enforceable - and is about as low on the criminal scale as you can get. Murphy said if, and in his opinion when, the orders get overturned, then it will be his office and men and women who are on the hook and held liable for things like false arrest, false imprisonment and other law violations. Murphy added that would ultimately result in county taxpayers footing the legal bills for defending lawsuits. Murphy says at the end of the day, the businesses owners have to make a decision as do the patrons. He said someone who is immune compromised or more at risk is probably not going to be going be out at the gym or other businesses but staying at home so common sense has to come into play. Murphy added it does serve as a great reminder to use social distancing and review personal hygiene habits such as washing hands and keeping your hands away from your face. At the end of the day in his world, Murphy says they have to do what they are legally bound to do and he does not believe they are legally bound to do this. Murphy likened the situation to the legalization of recreational marijuana. He said once that passed, all charges in the pipeline stopped and he expects this will be the same. Murphy says once all of the executive orders are done and/or once the courts rule that the orders are not legal or at least the extension, then everything in the pipeline will stop. He reinforced that the courts are not going to be clogged up six months from now with hundreds of violations of executive orders when they have real business to get back to.

Prosecutor Bill Vailliencourt, also a Republican, told WHMI “given the legal uncertainty over the validity and scope of these orders, especially while it’s before the courts, the focus of law enforcement is on education and encouraging people to be safe, not criminal enforcement. I think most people recognize the importance of protecting their own health by practicing appropriate social distancing, and that’s the only way that we can prevent a resurgence of new cases.” Vailliencourt added that although 911 has received a large number of reports, his office has only received a handful of requests from police to review investigations for possible criminal charges involving violation of the executive orders. He noted that many of those involved criminal activity that resulted in other criminal charges.

The Michigan Attorney General’s Office is aware of the situation. Press Secretary Ryan Jarvi said the office is working with state and local partners to ensure compliance of the Governor’s executive orders. He said they’re reviewing potential enforcement action that could be imposed through various state and local agencies, and remind officials at all levels that a successful COVID-19 response requires everyone do their part and work together toward the common goal of protecting human life.