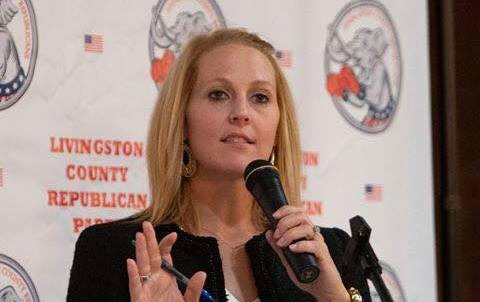 “I am pleased and honored to endorse Meghan Reckling for Michigan State Representative. Knowing Meghan as I do, I can attest to her honesty, integrity, and work ethic.” James added that, “Her understanding of the complex issues facing the hard-working families and residents of Michigan will make her an outstanding leader for Livingston County. Join me is supporting Meghan Reckling for State Representative in the 47th House District.”

Reckling called it a “substantial endorsement” and said she was proud to have the support of James. “Michigan and the country will have some challenging days ahead. From the first time I met John, I was impressed with his passion to serve the people of Michigan. I have been an enthusiastic supporter ever since. We need people like John James in the US Senate, and I look forward to working with him as the next State Representative from Livingston County’s 47th district.”

“I’m excited to get to work for the people of Livingston County. Our team is fired up and the August 4th Primary is just weeks away; John’s endorsement is an honor for all of us,” she continued.