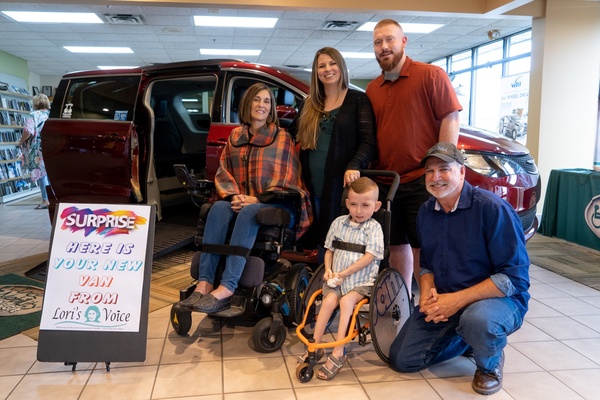 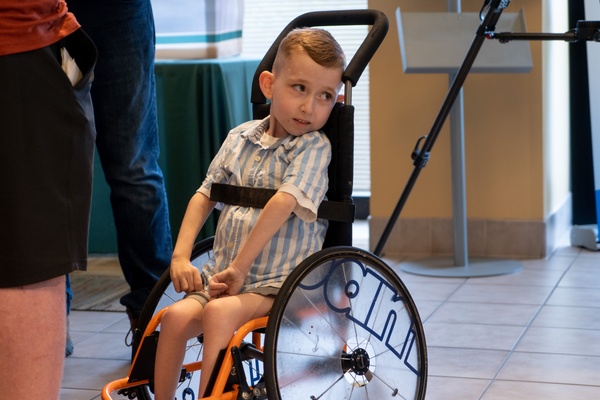 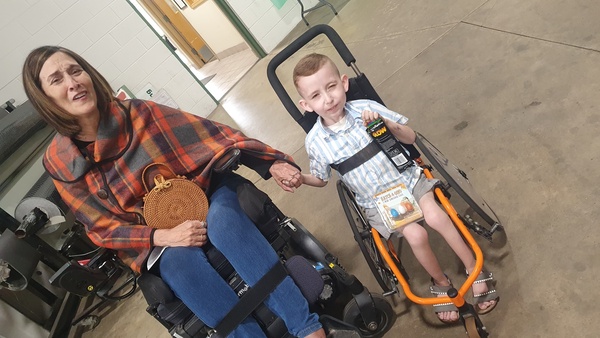 A non-profit has gifted a van to the family of a local boy with spinal muscular dystrophy.

On Wednesday morning, the non-profit Lori’s Voice gave away a brand-new, wheelchair-accessible van to a family in need. The van was gifted to the family of Jace Vincent, a 5-year-old from Brighton with Spinal Muscular Atrophy (SMA).

Jace and his family, including his four siblings, were the first family to be selected as recipients of a new van as part of Lori’s Voice’s van gifting initiative.

This spring, Lori’s Voice began accepting applications for the new program – which is giving away a brand-new wheelchair-accessible van (a $75,000 value) every three months to a Michigan family.

Jace’s mother Jordon Connolly said “I don’t think it has hit us yet. It’s like a dream. Every child just wants to feel included with his peers, and now Jace can be included”. She added “Lori herself knows what these kids go through. She’s right there pushing for kids to be involved. She’s like a role model leading the way”. Connolly and Jace’s father Justin Vincent, along with Jace’s four siblings, Juliana, 7; Jameson, 3; Jemma, 1; and Jaydon, 2 months, all made the trip to West Michigan Wednesday.

Jace’s father said “We’re just so thankful for Dave and Lori, the board members, the donors. It’s nice to see a non-profit that’s local, that gives back local. With Lori’s Voice they’re just out there really inspiring people with their kindness”.

After handing over the keys to the van, Lori’s Voice Co-Founder Lori Hastings said “I just hope it brings a whole new life to the family.” She said she hopes this opens new doors for Jace and his family and that they can be more independent, go more places.

Lori’s Voice is already taking applications via LorisVoice.org for the next van to gift to another Michigan family in need. To qualify for entry, a child must be under 21 years old, a legal resident of the State of Michigan, and have a neurological or degenerative disease that results in significant and permanent mobility issues. Applications for the next van gifting close on September 9th.

This year, Lori’s Voice is celebrating 10 years of serving families. The non-profit helps families of children with limited mobility cover the costs of accessible vans, home renovations, educational resources, and other costs that insurance doesn’t cover.