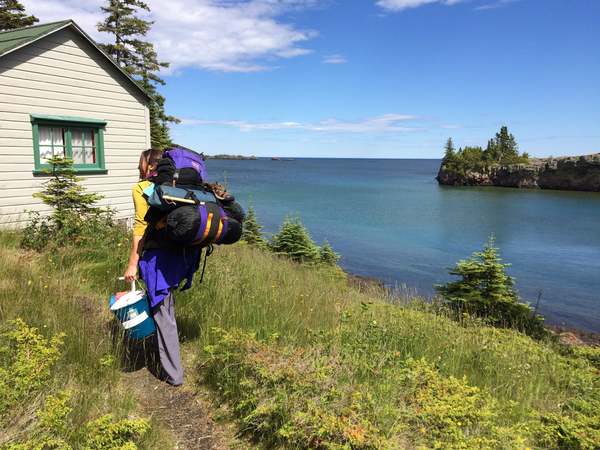 Livingston County artists have a unique opportunity to spend some time immersed in their art and nature this summer.

Applications for Isle Royale National Park's 2020 Artist-in-Residence Program are being accepted from January 2nd through February 14th. The program is a long-established tradition that runs from mid-June through early September, with each residency lasting between two to three weeks. Typically, three to four artists are selected every summer season. The program is open to professional artists whose work can be inspired by the park's unique character and offers writers, composers, and all visual and performing artists the opportunity to capture the moods and magic of Isle Royale through their particular art form. Different forms include traditional visual art, sculpture and painting but also singing, songwriting and dance. However, anything that would manipulate or disturb the park’s environment is prohibited.

Artists will stay in a rustic cabin on Scoville Point, with a smaller guest cabin to use as studio space. They can also use a provided canoe to explore or backpack as much as desired but are essentially isolated and alone in a way someone desires for artistic purposes. Isle Royale is said to be ideally suited for such a program with its wave-washed shores, boreal forests of spruce and fir, miles of ridge and valley topography, island-evolved wildlife, and a variety of wildflowers and other interesting plants to inspire the imagination. The island’s cultural history includes prehistoric copper mining, lighthouses, commercial fisheries, and maritime culture. Ninety-nine percent of the island is federally designated Wilderness and in 1981, the park was designated as a U.S. Biosphere Reserve.

Supervisory Park Ranger Christopher Amidon says the program gives artists of varied mediums the chance to come to the island in Lake Superior to be influenced by the natural surroundings of the wilderness island in terms of how it speaks to them and their art. He says they give artists use of a cabin on a peninsula and their time is their own to be inspired and creative, however they see fit. Amidon tells WHMI it’s really about freedom of experiencing Isle Royale and how it influences someone’s artwork. He says artists need to be comfortable with being independent for two to three weeks, but noted the location of the cabin is about three miles from the small developed community of Rock Harbor. Amidon says with a short hike, it is accessible to get to communication services but someone has to feel comfortable living alone in an isolated location and bringing all of their food and supplies.

During each residency, artists are asked to share their experience with the public through a presentation or demonstration. They must also donate an art piece representative of their Isle Royale residency to the park. A panel of professionals and a park representative will select the finalists. The selection is based on artistic integrity, ability to reside in a wilderness environment, a willingness to donate a finished piece of artwork inspired on the island, and the artists' ability to relate and interpret the park through their art medium. More information and requirements can be found through the provided link.