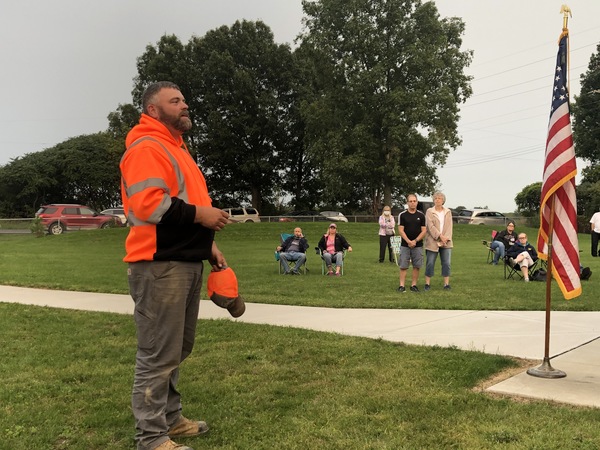 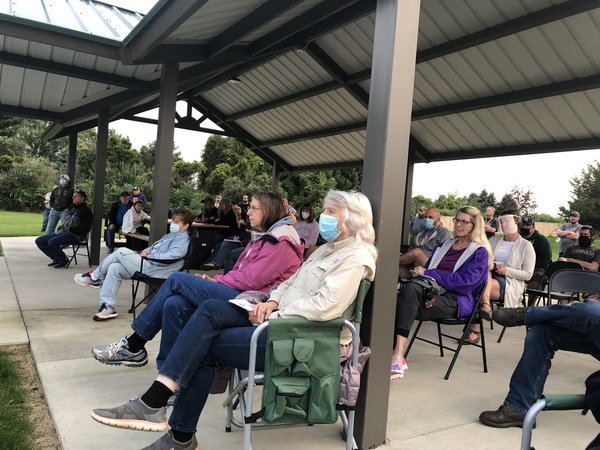 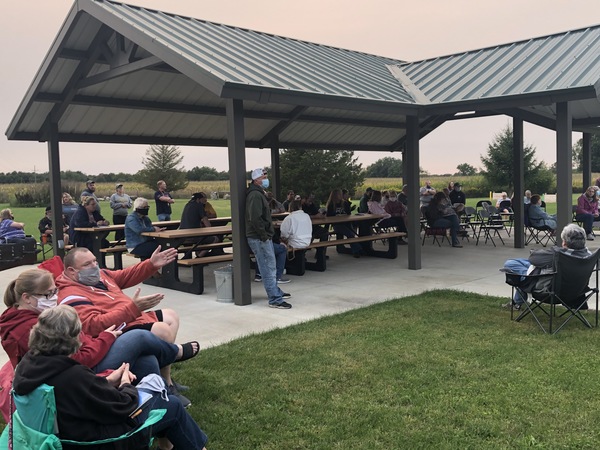 
High-speed internet is being made available to some residents in a rural Livingston County township, but other residents will still be stuck with lesser options.

Adam Bates, the operations manager for Surf Broadband, spoke to dozens of Iosco Township residents at the park outside of the township offices, Tuesday evening. He gave an update to fiber internet installation progress and took questions from homeowners for about an hour. He said they have just completed work on parts of Crofoot Road and the Cedar River Estates, and are currently working on Munsell Road. Next up will be installation going north on Dutcher Road, with Surf picking up Beacon Hill, Autumn View Lane, Marjorie Drive, and the portion of Lange Road north of those subdivisions. Future projects include going south Dutcher, portions of Coon Lake, Rafferty Drive, and Quail Creek subs. Other stretches are on the roadmap, but as Bates pointed out, they are roads that are more densely populated.

On county roads, they have to be 26-feet off the center of the road.
Bates said sometimes this puts them in the tree lines, and while they will do everything they can to not remove trees, sometimes it can’t be helped. He said their standard hookup is $200 and that covers a connection up to 500-feet from the road. After that it’s 75-cents per foot. Lines will be buried 6-inches under the surface, with infrastructure, Bates said, lying flat enough on the ground to mow over while also being able to support the weight of a mower.

Bates said to recoup their costs, they generally look for around 56 homes in a one-mile stretch. At roughly $12 per foot to install the infrastructure, he said having only 12 houses in that mile stretch just doesn’t make sense for them as a business that is privately funding their work.

Bates said that Surf recently auctioned a portion of the internet spectrum from the FCC which will allow them to provide better wireless internet for those users. Residents at the meeting currently on Surf’s wireless plan complained that it had slowed noticeably during the pandemic. Bates attributed that to more people being online, and said that over the next year, with the new spectrum space and more people transitioning to the fiber network, speeds should improve dramatically.

Still, these plans are leaving some residents in less dense areas on the sidelines. Dwayne and Kena Martin, for example said that they live in a stretch with only 30 homes in about 2 miles of road, and they fear they’ll never see coverage. Kena said her ability to work from home during the pandemic was negatively affected by the slow wireless service. Dwayne told WHMI that he feels it’s “pretty sad” when they live in Livingston County and Kena’s parents live in a less populated Birch Run-area, yet her parents have unlimited service at an affordable price.

Bates said they are in the process of creating a website to show all of their ongoing and upcoming projects, and that anyone that has interest in fiber lines coming to their area should contact them to let them know.