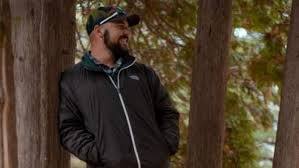 
Efforts are underway to help the family of a Livingston County man killed over the weekend in an explosion that occurred after a baby shower.

26-year-old Evan Thomas Silva of Hartland Township was killed Saturday night when a small cannon device that was fired in the backyard of a Gaines Township home blew up, spraying metal shrapnel that struck him in the chest. He later died at Hurley Medical Center in Flint.

A GoFundMe page has since been set up to assist his family with funeral expenses. It has already exceeded its $10,000 goal. Meanwhile, Michigan State Police continue to investigate the cause of the explosion. The cannon, which was designed to emit a big flash, loud noise and smoke, had been purchased during an online auction.

Genesee County Prosecutor David Leyton told WNEM, TV-5 that a search warrant was executed on the property where the explosion took place as investigators looked for clues as to what may have caused the explosion. Leyton indicated that it was too early to tell if any criminal charges will be filed.

Silva’s family told MLive.com that the explosion did not occur at a baby shower as was originally reported, but instead later that evening with a gathering of friends. It was described as, “a blameless accident and our hearts go out to all that where there. Evan lived his life with vibrance, charisma and one-of-a-kind-humor. His far reaching influence can be attributed to his warm smile, infectious laugh and larger than life personality. Evan will always be loved and remembered by all he touched.”

Services for Silva will be held Friday. Details can be found in the link below.