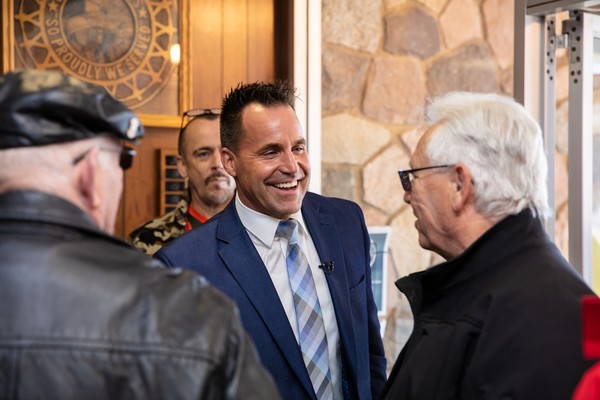 A Fenton Township resident will serve as the interim Genesee County Sheriff.

Genesee County Undersheriff Christopher Swanson was named to the post by county commissioners on Monday. He’ll take over from his current boss, Sheriff Robert Pickell, who is stepping down January 5th after 50 years in law enforcement. Swanson was one of three candidates that a special committee had to choose from, with retired Michigan State Police command officer Phil Hart of Flint and retired Genesee County sergeant Gerald Joseph Parks Jr., of Davison, also in contention.

The appointment committee that made the selection included Genesee County Prosecutor David Leyton, Chief Probate Judge Jennie Barkey and County Clerk John Gleason. After the announcement, Swanson posted on his Facebook page that he was, “especially grateful for the support and friendship of outgoing Genesee County Sheriff Robert Pickell” and that he looked at it as, “a great honor, and a humbling responsibility.”

Swanson will hold the job through the November 2020 election when a new sheriff will be elected. He is among those seeking the job. (JK)