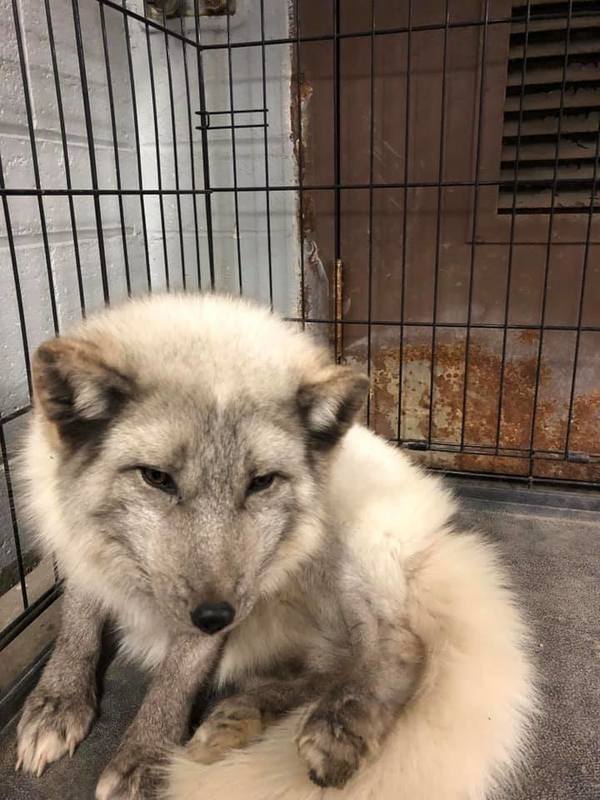 An injured dog turned out to be an arctic fox in South Lyon this week.

A post on the South Lyon Police Facebook page says “Have you ever seen an Arctic Fox? Neither had we until this afternoon when we responded to an “injured dog” complaint by the high school. The fox was taken to the Howell Nature Center for a checkup and care. Thank you to Kiki and Heather at the nature center.”

Some community members reported seeing the animal before it was injured. The Nature Center took in the animal around 4pm Thursday and the female fox suffered a rear fractured leg. The owner was located not long later and said the Nature Center indicated she was doing good but had a broken leg. It’s unclear exactly how the animal got injured. All of the media attention prompted the owner to start a humorous Instagram Account for her pet that says “Skadi(Khadi) was naughty and got out to chase boys, got herself arrested and now she is famous...teenagers”. South Lyon Police Facebook photo. (JM)