Industrial Building To Be Constructed On Former Turnin 2 Site 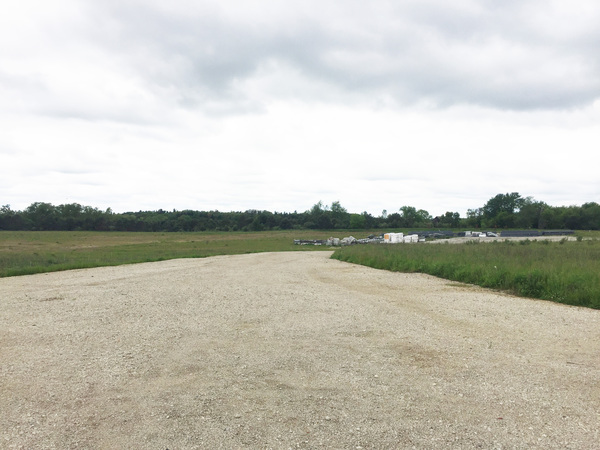 Site plans have been approved for an industrial building on property originally intended for a softball complex in Hartland Township.

The 94.5-acre parcel is located at the southwest corner of the intersection of Clyde Road and Old US-23. Construction of the Turnin 2 Softball Complex began in 2016, but the project was abandoned and the site was sold to its current owner last year.

The new owner, LBL of Hartland LLC, brought site plans for a one-story, 64,500-square foot industrial building to the township’s Planning Commission Thursday. Commissioners unanimously approved the plans, though not without discussing some concerns first. The acreage on which the building will be constructed is zoned Light Industrial, which allows for uses including warehousing, manufacturing and processing.

A tenant for the building, and therefore its hours of operation, have not been disclosed yet, making it difficult to know exactly how much traffic will be generated. Project planners relied on studies used in similar situations and determined a right taper lane along the southbound lane of Old US-23 at the site driveway, a passing flare and pavement widening might be needed to mitigate any potential traffic problems. The Livingston County Road Commission would need to approve the work.

Commissioners did request some landscaping changes be made to the property, which included new plants or trees that will serve as a screen between the site and neighbors. Some in the area had previously complained that building materials left on the property were unsightly. Township Planning Director Troy Langer says developers intend to use those materials so they planted trees to block the materials from view instead of moving them. The trees died in the summer, prompting commissioners to request they be re-planted, which the owners agreed to do.

Construction of the industrial building is expected to begin soon, though an official date hasn’t been set at this time. (DK)