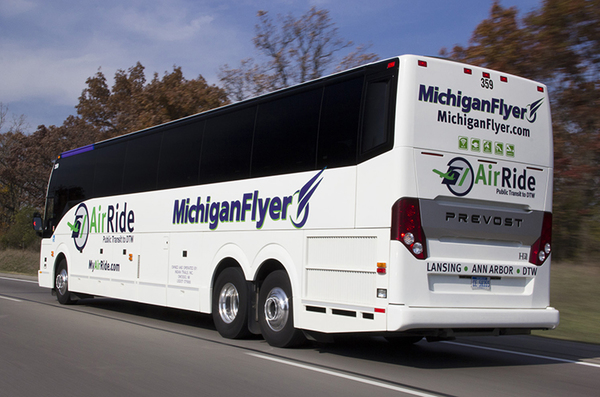 Indian Trails announced it will suspend all daily and scheduled bus routes, including some in Livingston County.

Effective Saturday, March 21, Indian Trails, Inc., is suspending all of its daily scheduled bus service, which includes routes throughout Michigan, and into Chicago, Milwaukee and Duluth, as well as connections with the Greyhound and Amtrak national transportation networks. Approximately 80 communities served by these bus runs are affected. Officials say this difficult decision to temporarily suspend service is based on a number of different factors, including a sharp decline in passenger demand as business and government authorities at all levels impose restrictions on non-essential travel. Additionally, many terminal locations served throughout Michigan are closing as a result of COVID-19 and the concerns for the safety of employees and staff. Another factor taken into account was the ongoing schedule changes of connecting carriers, which raises the concern that passengers might possibly become stranded before reaching their final destinations.

Passengers holding unused tickets for travel on any of these routes can call (800) 292-3831 for ticket reissues or refunds. Officials expect the suspension of daily scheduled service to continue at least until April 20, but they’ll continue to provide updates as this situation unfolds.

Following is the current status of other bus transportation services operated by Indian Trails and Michigan Flyer:

The new D2A2 pilot commuter service between Detroit and Ann Arbor, which was launched on March 16, is presently operating a full schedule. (As noted elsewhere, all of the buses used in our operations are cleaned and disinfected at least daily).

Michigan Flyer—the airport shuttle service of Indian Trails—suspended all of its daily runs between East Lansing, Brighton, Ann Arbor and Detroit Metro Airport (DTW) from March 16 until at least April 16. This includes the AirRide service that connects Ann Arbor and DTW.

The University of Michigan’s Detroit Connector service, which provides transportation between U-M campuses in Ann Arbor, Dearborn, and Detroit, will suspend service on Monday, March 23, until further notice.