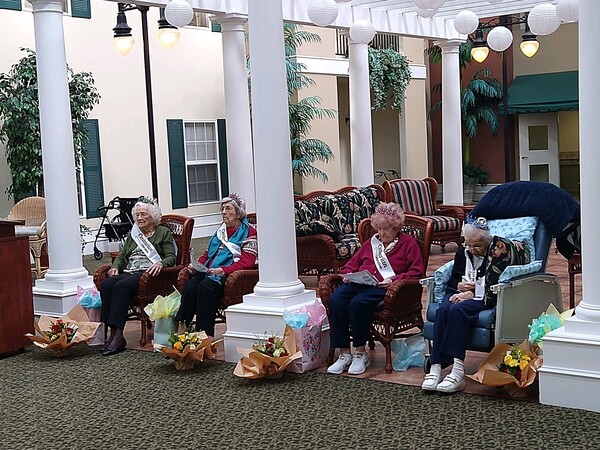 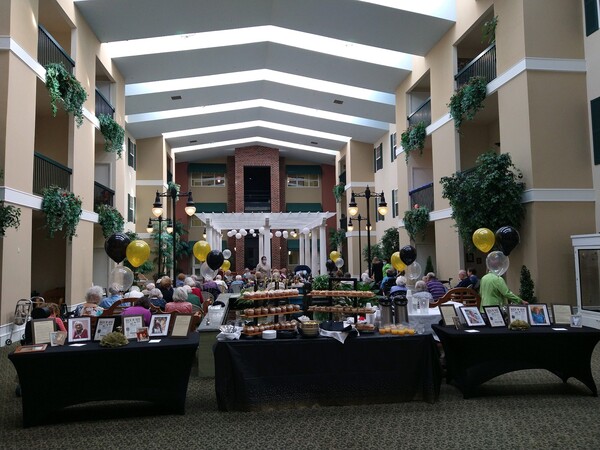 
A celebration was held Wednesday for four centenarians at a local senior living community – including one with a Mackinac Island love story.

Val Hughes and Geraldine Oestrike are both 102-years-old, Marge Derda will be 102 this December and Lottie Zwiezynski who is 101. The four are residents at Independence Village of Brighton and invitations were sent out for the event. The names and ages of each lady were announced before they were presented with tiaras and sashes that read centenarian, flowers and other gifts. Trees will also be planted in their honor in the National Forest.

Each lady also had a featured photo accompanied by details about their life including their family and questions about their fondest memories and what they're most proud of.

Oestrike will be 103 in March and said she never thought she would live this long – adding her husband always told her she would outlive him and she sure did. Oestrike said she didn’t really have any secrets to living a long life but did say being truthful; she’s never had any problems. Oestrike said she was very thankful for such a wonderful event and couldn’t believe the staff went to all that work. Her two daughters attended the event.

She told WHMI she was raised on a farm and during the Depression, things were very hard for her family and her father didn’t want her to go to high school after she went through the 8th grade but her best friend just kept after him and he finally agreed. She says her father gave her money to go on a trip to Mackinac Island when she graduated, which is where she met her husband. She says they didn’t technically meet there but he wrote her a letter and they continued corresponding until he came to see her from Flat Rock. She noted that he was persistent and they had a great family, saying he passed away 20 years ago.

Independence Village Life Enrichment Director Kim Stratford told WHMI it’s a great honor to celebrate these women who have been residents for some time and they thought it would be a great idea to get all of their Independence Village family together to celebrate their lives – adding it’s an accomplishment to be over 100-years-old and quite a feat these days. Stratford that all of their residents mean the world to them and they love having them – saying they’re a huge family, all of the residents and employees. She added for a lot of their young servers, the residents are like grandparents to them.

Independence Village Life Enrichment Director Tammy Lomasney said one of the perks of the job is getting to know all of the residents. She said it was a great day for their centenarian ladies and just felt great to celebrate their time through life. Lomasney added their residents tell them stories all the time and they just crack up, adding they’re a library of stories and history and it’s wonderful.

Some games and trivia took place at the event before guests enjoyed refreshments including punch, finger sandwiches, and golden cupcakes.

The attachment features photos and details about each woman.