Incumbent Seeks Another Term On BAS Board 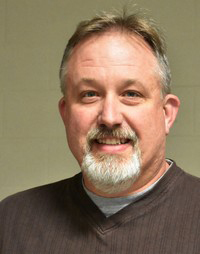 Today’s profile subject is Ken Stahl, the only incumbent running for a 4-year term on the board. Stahl is running for a second term, and says he likes helping kids and the schools. Stahl says he got interested in being on the board when he was appointed chairman of the steering committee for the “Yes for BAS” campaign which culminated in voter passage of an $88.5 million bond issue in 2012. He was elected to a four-year term in 2014. As a veteran board member, Stahl has taken several professional development courses in education, and now is certified by the Michigan Association of School Boards as a board of education member. Stahl says he has found public education to be his calling and wants to continue assisting the schools, particularly in areas such as leadership training.

In the matter of finances, Stahl says although Brighton now has an A+ bond rating and an 8% fund equity, the board’s fiduciary responsibility is to continue making good budgetary decisions and adding to the fund equity to ensure that its financial stability continues. At the same time, he feels a proposed bond issue in 2019 would be something the district could handle, since the millage would merely replace expired school bonds, and therefore not increase the millage rate for district taxpayers.

Stahl was appointed by the MASB to its Government Relations Committee in Lansing as an advocate for public education. In addition to improving academic programs, he also wants to bring more trades programs to the Brighton Area Schools. He is in a trade himself, as a licensed residential builder. Stahl was an independent contractor for 17 years before becoming employed by Corby Energy Services as major projects coordinator. Stahl said it’s a sad fact that 40% of college students drop out after their freshman year and “need a plan B” after they drop out. Toward that end, Stahl says he would like to help facilitate more partnerships with private industry, similar to what fellow BAS Board Trustee John Conely has accomplished with Brighton’s Robotics and Auto Tech programs.

Stahl currently keeps busy as the Brighton Board of Education’s Facility Committee chair, a member of the Health Advisory Committee, the board’s liaison to Hornung Elementary School and to The Bridge Alternative High School, and is a Brighton High School Project Wildlife Club mentor. He says the knowledge he has gained through these positions as it relates to the inner workings of the school district makes him a “highly qualified candidate and better board member.” In his free time, he volunteers as basketball coach for the elementary grade-level Brighton Area Recreation Connection.

Stahl has been married for 27 years to Carol, who is a teacher in the Clarenceville School District in Wayne County. The couple has three children: Kenny, a BHS graduate and senior at Eastern Michigan University; Brittnay, a BHS grad and first-year college student and Nathan, a 4th grader at Hornung Elementary.


Thursday’s candidate profile will be about Kara Totaro. (TT)