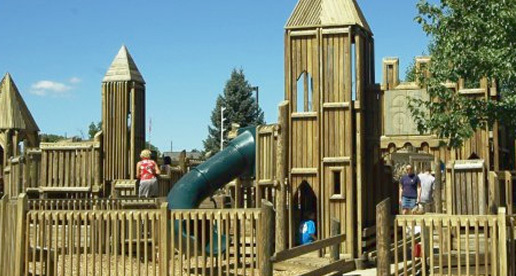 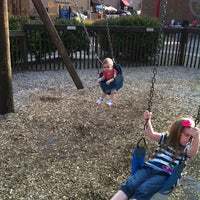 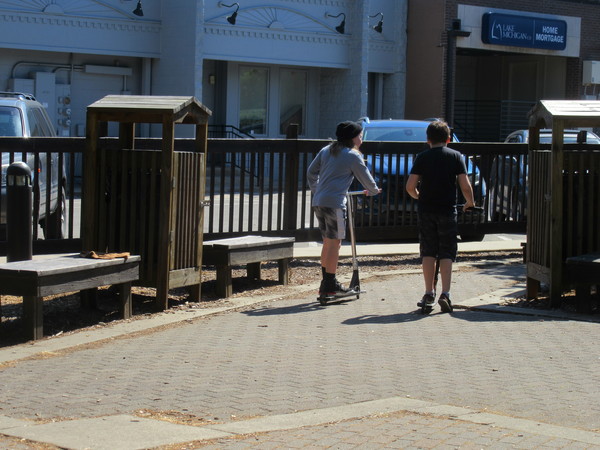 
After being closed due to the COVID-19 pandemic, the Imagination Station Playground in Brighton has reopened.

The playground is normally open year-round. However, it had to be closed temporarily on March 23rd when Governor Gretchen Whitmer issued her “Stay Home, Stay Safe” executive order, directing all Michigan businesses and operations to temporarily suspend in-person activities that are not necessary to sustain or protect life.

As a result, the annual Spring Kickoff, when volunteers normally clean the playground for the busy spring and summer months, had to be cancelled this year. The playground is required to be resealed every other year as a result of an arsenic compound used to preserve the wood surfaces. The procedure is part of the Imagination Station Due Care Plan, which was approved by the City Council and the Michigan Department of Environmental Quality. However, after a delay, the playground was both remulched and resealed last week by the Brighton Dept. of Public Works.

Many steps have taken place this spring to comply with social distancing and other rules imposed by the state stemming from the coronavirus crisis. Imagination Station Playground Volunteer Coordinator Renee Pettengill praises the public’s cooperation, saying, “The people have been doing a good job of social distancing.” Some of the changes this year: part of a fence was removed to make way for a second point of entry and egress, to allow for easier social distancing. Among other steps taken include two hand sanitizers placed at opposite ends of the playground, which Pettengill says are refilled regularly. Pettengill also says the metal and plastic areas of the playground are sanitized with an antibacterial agent. Attendance is limited at the playground to a maximum of 100 children and adults due to the COVID-19 rules currently in place.

The 10,000-square-foot playground consists of wood play structures, including a “castle”, with amenities to keep any kid - regardless of age - busy for hours. Among its features are several slides, a toddler area, sand box, and an “expression” swing, which consists of a swing with two linked sides: one for a small child and the other for an older youngster.

The playground is adjacent to Brighton’s popular Mill Pond attraction and the Mill Pond Walkway - a 1/2-mile long concrete and wood nature trail, with viewing platforms periodically interspersed along the banks of the pond. It’s also just across the Mill Pond from THE AMP - an amphitheater and bandshell which hosts live concerts and other events and is accessible from the playground area by a short walk across the “Tridge", a three-spoked walkway which crosses the pond.

For a while, it was feared that the playground would not be able to re-open at all this year due to the COVID-19 pandemic, but Pettengill says that with the resealing, and the governor’s recent relaxation of rules regarding public places, the decision was made to reopen it, with proper safeguards in place.

The Imagination Station also has its own Facebook page.The link is below.