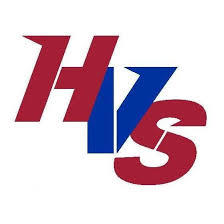 
The possibility of returning to full in-person instruction is being debated in many school districts, including Huron Valley.

A survey was sent out to all district employees to gauge how many were interested or already received COVID-19 vaccinations. Hometownlife.com reported that about half of the district’s 1,300 employees responded, with around 84% intending to take advantage of the vaccines when they can. Superintendent Paul Salah commented during a virtual February meeting that at least 65% of the staff should have both doses of the vaccine by mid-March. While the surveys were said to be good news, Salah noted it doesn’t mean the district will automatically be returning to full in-person instruction. Some of the logistical challenges to doing so are said to be substitute teacher fill rates and how to offer direct instruction for students who are quarantined.

It noted that Huron Valley was one of the first districts in Oakland County to start the school year with hybrid face-to-face instruction. The district implemented a 4-day in-person per week plan in mid-January. Since then, 433 students and staff have reportedly been quarantined in the district. As of Monday, 151 were said to be quarantined stemming from close contacts at school at the secondary level. Salah noted that Wednesdays being virtual for all students has really helped the district meet the needs of students in quarantine. He commented further that returning to five-day in person instruction before March 15th is not likely.

It’s possible the Board of Education could call a special meeting later this month to further discuss the prospect of more face-to-face instruction.