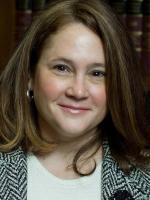 The resignation of a Huron Valley Schools Board of Education member came too late to have her name removed from the ballot next month.

Trustee Rebecca Walsh recently resigned from the board as her family is moving out of the district. But because it came too late to have her name removed from the November 6th ballot, Walsh will likely have to submit another resignation letter after the election. Walsh is one of four candidates listed on the ballot for three four-year terms. The other three are Sean Carlson, Denise Lynn Forrest and Vanessa Lynn. The Milford Times says Milford resident Bonnie Brown was appointed to fill the vacancy until January. If Walsh wins one of the three terms in the general election, she would have to resign again and the board would take applications from residents to replace her.

Huron Valley School Board President Jeff Long said Walsh "has contributed greatly during her nine years on the board" and was, “always driven by a deep commitment to providing every Huron Valley student with excellence in education.” (JK)