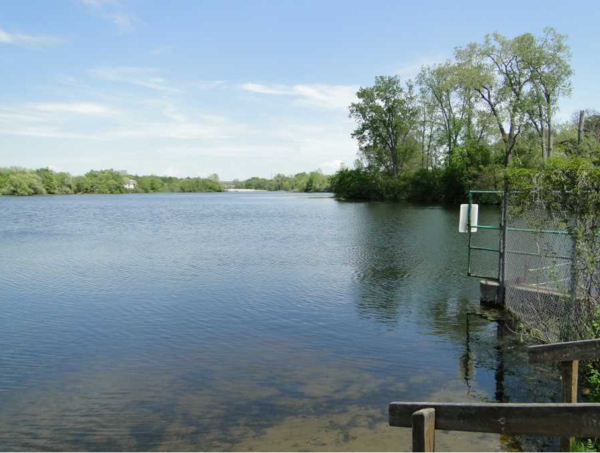 
Testing continues following a chemical release into the Huron River.

State investigators today focused on the Hubbell Pond area in Milford, where two test samples from yesterday showed a low-level presence of a toxic chemical released into the Huron River system by a manufacturing company.

Two crews from the Michigan Department of Environment, Great Lakes, and Energy (EGLE) sampled waters upstream, downstream and within the pond this morning to gather more information about the potential location of hexavalent chromium, which was released from Tribar Manufacturing in Wixom last weekend.

Two samples taken Thursday detected the chemical in Hubbell Pond. They were said to be at and below the state’s values to protect aquatic life. The Hubbell Pond results were the only detections of hexavalent chromium from widespread sampling Thursday along the Huron River system downstream from the release. More than 30 samples were taken from varying depths from near the point of release downstream to Barton Pond in Ann Arbor.

Investigators again stressed that more data is needed to develop a more complete picture of location, movement, and concentration of the contaminant.

Liquid containing 5% hexavalent chromium was discharged to the sanitary sewer system from Tribar Manufacturing in Wixom last weekend and routed to the Wixom wastewater treatment facility. The wastewater discharges to Norton Creek, which flows into the Huron River system.

Hexavalent chromium is a known carcinogen that can cause a number of adverse health effects through ingestion, skin contact or inhalation.

As additional water test results are received, MDHHS says it may expand the recommendation to other areas of the Huron River.

More information is available in the provided link. Photo: www.mymichigantrails.com