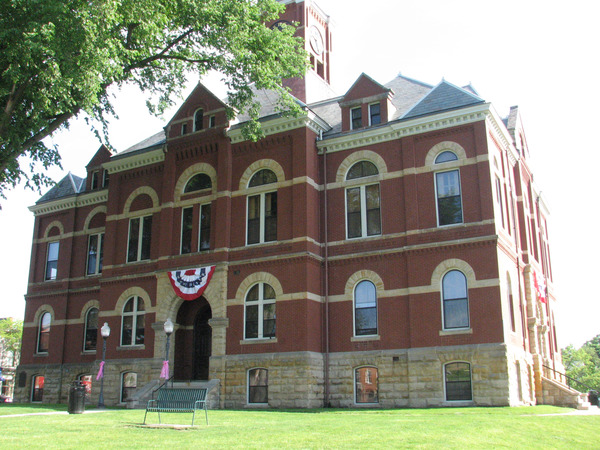 Senator Joe Hune of Fowlerville and State Representatives Lana Theis of Brighton Township and Hank Vaupel of Handy Township have organized a town hall at 4pm on Wednesday, September 12th in the top floor of the Historic Livingston County Courthouse in downtown Howell. Written and verbal comments will be welcomed.

The Michigan Judicial Tenure Commission filed an amended complaint against Brennan outlining allegations of professional and personal misconduct, and a hearing is scheduled in October. Brennan is also the subject of a Michigan State Police criminal investigation. Representative Theis remains in the process of drafting an impeachment resolution, which she anticipates being finalized in “the next few weeks”.

Hune, Theis and Vaupel are encouraging all interested residents to attend the upcoming town hall but especially want to hear from those who are willing to share their story about “how Judge Brennan has damaged their lives”. Hune says they would also like to hear from anyone complimentary of Judge Brennan, noting she has been invited to attend the town hall. For those who don’t necessarily feel comfortable sharing their testimony out loud, Hune says they can submit written statements prior or bring copies. Hune says based on all the complaints that have flooded their offices, people are still outraged that their voices haven’t necessarily been heard because no actions have been taken. He tells WHMI Brennan is sitting there doing nothing but still collecting roughly $2,800 of taxpayer money every week to do nothing. Hune said it’s totally absurd, people are outraged and so is he, and he’s tired of it. Hune said he’s committed to seeing “this debacle” resolved and the people most hurt by Brennan should be a part of the resolution.

Members of the public wishing to attend are asked to bring copies of relevant information to be turned over to the investigatory body. All of the statements and testimonies collected during the town hall event will be submitted to the Judicial Tenure Commission and the State Court Administrative Office for consideration during Brennan’s complaint hearing process.

For additional information about the town hall, residents can contact the Office of Senator Joe Hune at (855)-JOE-HUNE or at SenJHune@senate.michigan.gov or the Office of Representative Lana Theis at (517) 373-1784 or at LanaTheis@house.mi.gov. (JM)