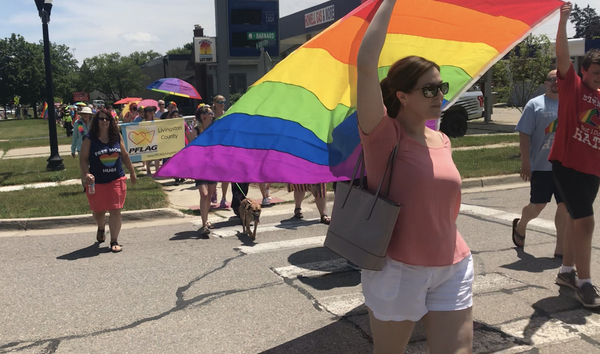 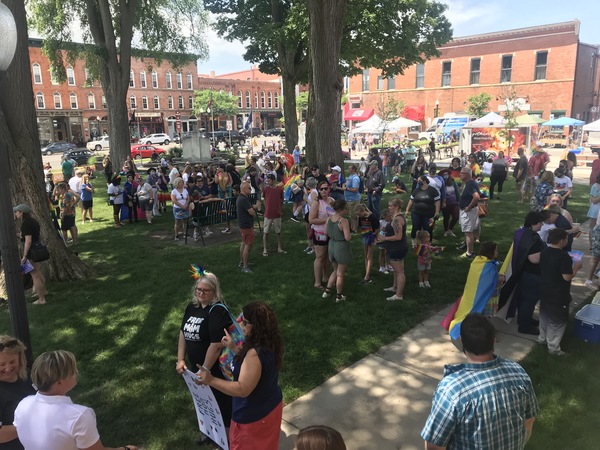 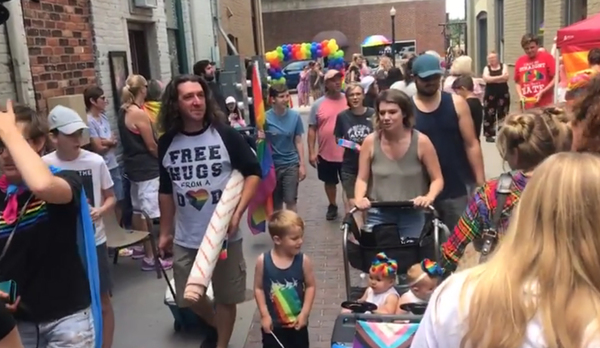 
Cars honked, people waved and Downtown Howell was awash in a sea of Pride flags as several hundred people gathered Sunday on the lawn of the Historic Howell Courthouse to rally for LGBTQ+ rights and awareness, followed by a march through downtown streets.

The first-ever Pride Rally and March was organized by the Pride Alliance of Livingston, which is part of the Livingston Diversity Council. People of all ages, from babies in strollers to senior citizens, gathered to display their support and allyship for the LGBTQ+ community.

Nicole Matthews Creech is President of the Diversity Council and welcomed the crowd. "Thank you so much for coming out today. Thank you for celebrating with us. Thank you for being who you are, day in and day out because if you're here today, you're here every day and that's really very important for this community."

The rally’s keynote speaker was Mo Elliott, who told her story of coming out to her parents and being her true authentic self. "I am a queer woman who grew up in a small town in northern Michigan where there was not a lot of culture and diversity, which made it more difficult to be myself. As my feelings of confusion came to me, I didn't want to be different from everyone else and I felt alone with the feelings I was having. My sexuality has never defined me, but it is a part of who I am and I am proud of that."

Participants then marched through Howell’s Downtown, with the march ending in Peanut Row Alley, renamed PRIDE Alley for the event, where music played and a ribbon was made available for people to sign in support of the cause.

Jon King is a member of the Livingston Diversity Council.