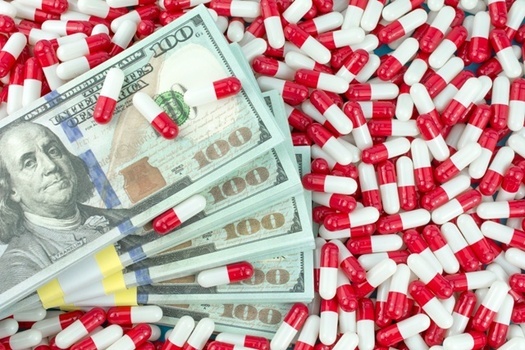 A rally next week in Detroit to protest against the high cost of prescription drugs will have some Livingston County connections.

AARP Michigan is hosting a Stop Rx Greed rally on Monday along the Detroit River to spread awareness about the problem and call for solutions. Mark Hornbeck, associate state director for communications with AARP Michigan, says they’re holding the rally on the river as residents from across the state routinely cross the River into Canada to purchase prescription medications at one-tenth of the cost.

According to AARP, the annual cost of prescription drug treatment rose 57% between 2012 and 2017, while annual incomes in Michigan increased only 10%. Among the speakers at the event will be Handy Township Republican State Rep. Hank Vaupel, along with state Sen. Ruth Johnson. The Holly Republican will speak about legislation she's sponsoring that would establish a Canadian drug importation program. Michiganders at the rally also will share their personal stories about how the rising price of drugs has impacted their lives.

Hornbeck says for example, a Howell woman will talk about how her insulin skyrocketed from $21 a month to $400 in just two years' time. "Her husband has had to postpone retirement so that they can continue to afford the prescription drugs she needs. This is a lifesaving drug. She doesn't have an option of whether or not to take it. It's stories like this that we're hearing everywhere."

It is estimated that one-in-three people in Michigan are not taking prescribed medications because they can't afford it. State lawmakers also are considering measures that lower out-of-pocket costs for prescription medications and hold companies accountable for price gouging. Monday's rally will be held from 11 a.m. to noon at the Waterview Loft in Detroit. You can register through the link below. (JK)