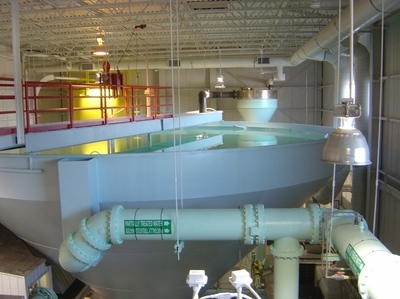 A comprehensive financial projection will be put together for the City of Howell’s water and wastewater systems.

The Howell City Council met Monday night and authorized the study, to be completed by Utility Financial Solutions for a cost of $9,800. The last comprehensive study was done in 2015. The last time rates were increased was in July of 2017 at 4.9% and it was decided to forego an increase in 2018. The comprehensive study is typically done every five years. The City engages an outside firm to review the rate structure, help them evaluate future rate trends, accounting for any changes in operations or changes with upcoming anticipated capital expenses such as system improvements. City Manager Shea Charles tells WHMI the firm does a really nice job of reviewing city rates and sizing them appropriately for the size of user and other things of that nature to help provide stable systems for both the water and wastewater side.

The vote to approve the study was 5-1, with Mayor Nick Proctor opposed and Mayor Pro-Tem Steve Manor absent. Proctor questioned the $9,800 cost and if the study could be done in-house to save money, based on past studies and knowing other factors. Staff noted there’s a lot that goes into the analysis to make sure the system has financial health and that each class is charged appropriately. Staff further referenced a specific legal decision regarding the Bolt vs. City of Lansing and subsequent cases that have altered the definition of a valid fee that must be taken into account. The City attorney also detailed various instances regarding why it’s beneficial to have an outside firm perform the study.

Once the review is completed, a proposed rate adjustment for year one will be brought back. Based on that, Charles says the analysis will help provide a five year rate track to give council and the community an expectation of what they think they’ll see over the next few years. He noted they do check in each year just to make sure the system is performing the way they expect it to but it enables the community to be able to plan for any potential rate increases going forward.