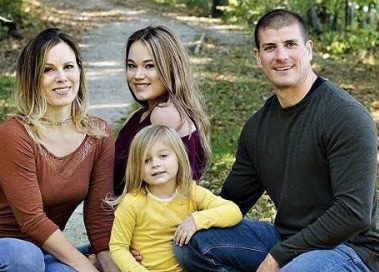 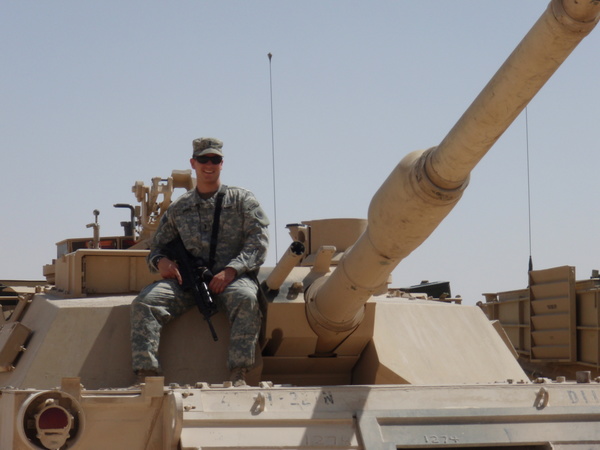 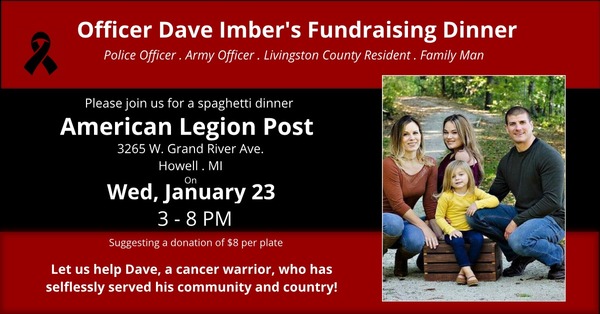 Howell resident Dave Imber is both a veteran and a police officer, but is struggling to make ends meet after being diagnosed with Glioblastoma, an aggressive form of brain cancer with no cure. Medical costs have put his wife and two daughters, who are ages four and 14, in a difficult place financially while Imber is unable to work. To help out, a spaghetti dinner fundraiser has been organized by the American Legion in Howell for January 23rd. The dinner will be held from 3 to 8 p.m. at the American Legion Devereaux Post 141 on Grand River in Howell and a donation of $8 per plate is being asked. A silent auction is planned as well.

Imber joined the army in 2005 at the age of 24. He spent the next six years serving his country, including a stint in Iraq. After marrying his wife Julie in 2010, he spent time as a corrections officer in Livingston County. In 2017, he joined the Lathrup Village Police Department in Oakland County.

If you are interested in donating but cannot attend the fundraiser, a Go Fund Me page can be found at the link below. (AV)