Court Action Commencing Against Owners Of Unsafe Home In Howell 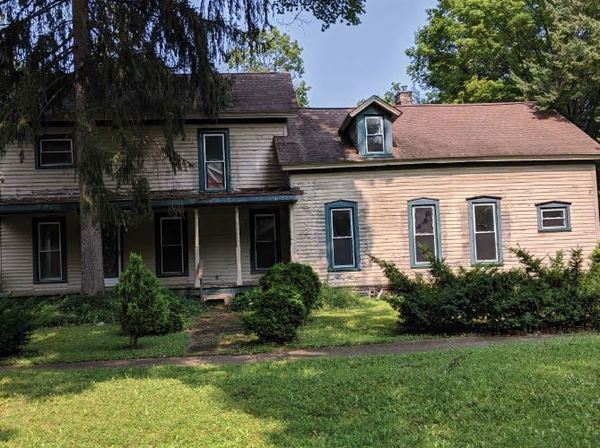 The Howell City Council has authorized court action against the owners of an unsafe structure in an attempt to compel compliance.

The City has been in contact with the owners of the property at 504 North Court Street for the past two years and staff provided a list of what needed to be done to alleviate the unsafe conditions. Staff said a reasonable amount of time was given in 2018 to formulate a plan and get started on work but nothing was done and a second letter was sent to the owner in late July. The owners attended a meeting August 26th and told Council it wasn’t a good year and they had a lot going on and dropped the ball but would like a second chance. They stated they started repairs before the recession but have done very little since and just got behind but do have the financial resources to handle the project and think the home is worth saving. Council was leery but somewhat hopeful and granted the owners 60 days. The owner attended the most recent October 28th meeting and again stated he was still planning to fix the house and could afford to do the job but requested another three month extension until the end of January, saying a structural engineer assured him he would have drawings done but needed time for additional measurements. It was noted that there has been no correspondence with the owners since the August meeting, although the owner did contact staff one week before the most recent meeting. Staff believes the home is salvageable but noted the owners have shown no initiative to resolve the situation, the house has continued to deteriorate and the City has been receiving calls about the condition.

Interim City Manager Erv Suida tells WHMI Council provided an extension 60 days ago hoping to get some work done but very little if anything has been done to the house and no permits have been pulled from the City. He says Council is going to proceed with the courts and file for an unsafe building. Suida noted the owner will still have an opportunity to react and do the necessary repairs but if they fail to react, then it would be the court’s decision to determine the outcome.

The motion to direct the city attorney to file the necessary court action was approved unanimously, with member Jeanette Ambrose absent. Mayor Pro-Tem Steve Manor commented he was disappointed but prepared to move forward, saying Council has given ample time and the owners can make their case to the court. Councilwoman Jan Lobur echoed that thought, saying she wished she would have seen something done on the house as the owners promised but there has been nothing and they need to move it along. (JM)