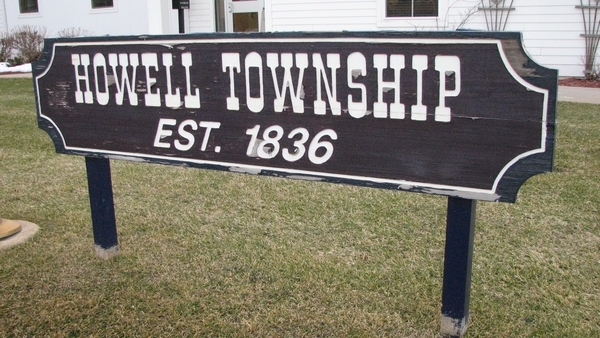 
A local developer has withdrawn his request for rezoning that would bring a multi-family complex to Howell Township.

Developer Steve Gronow already has two apartment complexes in Howell Township. He met with Planning Commissioners during their online meeting Tuesday night asking to rezone a 20 acre parcel adjacent to the antique mall on Burkhardt Road from Heavy Commercial to Multi-family Residential for a new 90 unit development.

Township Planner Paul Montagno, before a public hearing, explained that was in an area to become part of the township’s Industrial Flex Zone, and that rezoning it for multi-family residential would not be consistent with the future land use map, nor compatible with nearby uses.

Gronow felt that with commercial businesses leaving the area and crashing across the United States, that high-quality multi-family housing can help stop the regression of growth. He added that he has owned that property for 16 years and has been trying to sell it as commercial without getting one “bite.”

During the public hearing, Judith Minton, who is running for Howell Township Trustee, wanted to know about square footage, price, and buffer zones. Michael Tipton, who is running for Township Treasurer, was concerned about confusion among residents not knowing the meeting was online-only, keeping them from being able to tune in and comment. He also wanted to know Gronow’s tax status in the township. Gronow said his taxes are current and he would be willing to speak with Tipton and residents any time about their concerns. That may not be necessary anytime soon, however.

Montagno said that to allow this rezoning would undermine their ability to use the future land use map , and that if this development was something the township wanted to consider, the better idea would be to address the zoning in a Master plan review. Commissioner Glen Miller, like other commissioners, said they appreciate the work the Gronow has done, but Miller this would be like throwing a hand grenade in that area and would be detrimental to other businesses coming in.

Before a vote could be taken, Gronow asked if he could withdraw his request. This, he said, would give him more time to talk to the neighbors and pull together more data. He added that he is embedded in the township, loves being there, and doesn’t want to pick a fight. Vice-Chair Martha Haglund invited him to participate in future Industrial Flex Zone discussions.