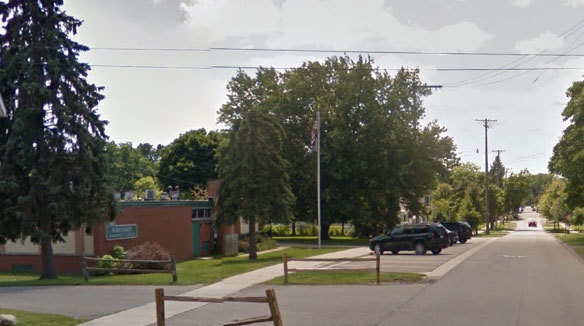 Two separate proposals were recently approved by the Howell City Council – one for the Barnard building property and another for property located at 324 West Street. The City is working toward a potential sale of the West Street property to the Howell Education Foundation. It would be used for Howell Public Schools Construction Trades program that teaches students home building and building trades. A memo notes the City acquired the property in 1998 and cleaned up environmental issues on the site, which has remained vacant since then. Interim Howell City Manager Erv Suida told WHMI the City acquired the property in the early 2000’s, which was a dilapidated old transmission site with some contamination. He says the City purchased it and cleaned it up and has maintained it for the last several years but is now is working toward a potential sale to the Howell Education Foundation. Suida says the Foundation is interested in building some homes on the site and the survey will help them determine how many splits they can get. Council approved the first phase of the proposal at an amount not to exceed $7,450, which would identify how many lots are available for sale and allow staff to continue conversations with the Howell Education Foundation. The matter will be brought back to Council for future discussion once the first phase of survey work is done.

The other survey proposal approved was for the Barnard building property in an amount not to exceed $8,937. Suida says it used to be the teen center but the building was abandoned 6 or 7 years ago and has sat vacant since. He says the building has some really critical needs so they’re looking at demolishing that facility and then possibly parceling out a portion of that. Suida says it would encompass the frontage on Barnard Street and they think they could get four to five parcels along where the existing building is and get some houses built there. He says it’s about a ten-acre parcel but noted they’re only looking at the part the building actually sits on. Staff will also be back before council for discussion after the survey is complete.

Both survey proposals were set up in two phases, which can be postponed if needed. The second phase of each would create the actual lots with all of the necessary documentation and monumentation. (JM)