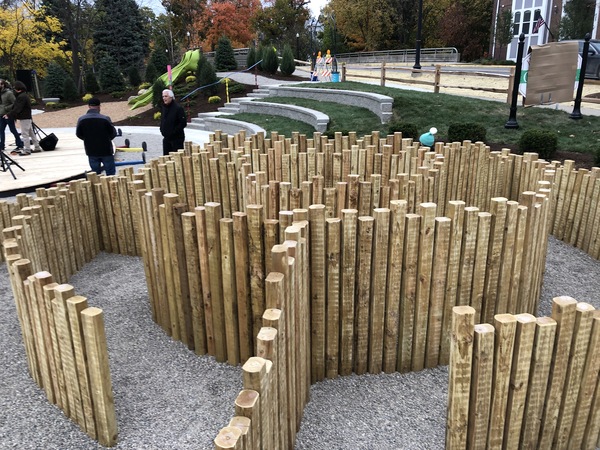 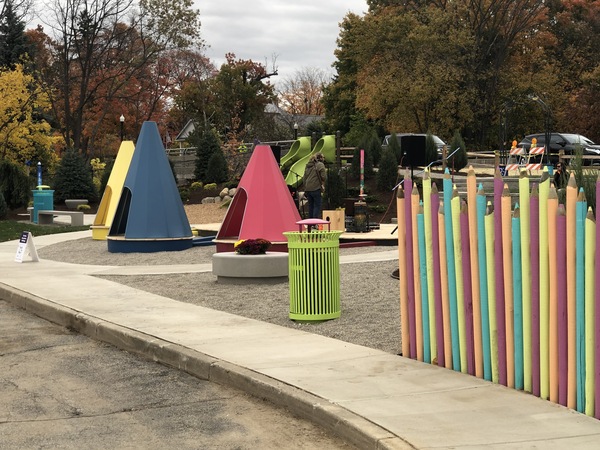 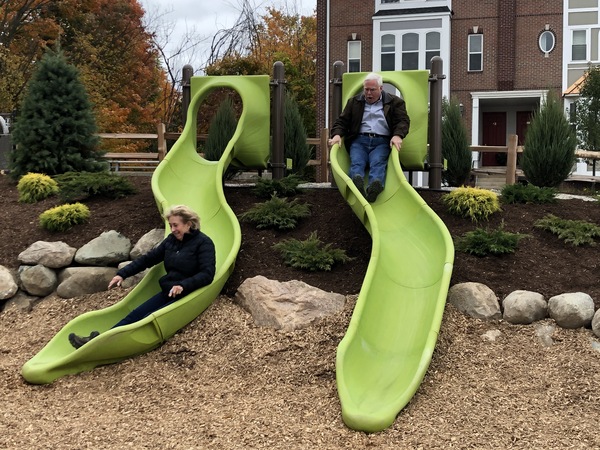 
A popular community gathering space created in the City of Howell received two prestigious awards at a recent conference hosted by the Michigan Downtown Association.

Located one block from the downtown area off Michigan Avenue, Howell Summit Gardens is a public gathering space for residents and visitors of all ages and backgrounds to enjoy. The project was a grassroots collaboration between Howell Main Street, the City, a KABOOM! Play Everywhere Challenge, Thai Summit America, and many other community partners. It brought a recreation and whimsical play space to a previously overgrown and underutilized space.

The creative space is said to encourage imaginative play. Some features include ping pong, checkers, corn hole sets, mazes and slides for kids, and a performance stage. The space is located behind the Depot Lot on Michigan Avenue, just north of Grand River.

Howell Summit Gardens opened to the public on October 17th of last year. It won Best Placemaking Project, which was awarded to an impressive project completed between October 2020 and September 2021. The project also won a People’s Choice Award in which the public showed their support through online voting and using Facebook ‘likes’.

The project was said to be a bright spot during a very challenging period, bringing fun and joy to a year filled with COVID-19 uncertainty.

City Manager Erv Suida commented that a vision by their Main Street program was made into reality through the collaboration of the entire community both public and private working together. He said the project was done on time and due to the many contributions, donations and volunteer hours served; Howell Summit Gardens was completed within budget. Suida said the most memorable part for him was that the incredible space was designed and built during a global pandemic - bringing some joy and celebration to a difficult year.

Suida told WHMI they’re pretty proud as it was a real community project and the awards are well-deserved. He said it wasn’t just the City or DDA but really community awards because so many people came out, helped and contributed and it was a great project. He added the space is a popular spot that hopefully will only get more popular as it grows.

Howell Main Street Chief Operating Officer and Howell DDA Director Kate Litwin commented that Howell Summit Gardens is a true testament to the power of community and winning Best Placemaking Project is a huge honor for Howell. Litwin said she hopes that everyone who had a role in the project feels a huge sense of accomplishment knowing they helped create an award-winning gem – adding “It's amazing what can be accomplished with a creative vision and a great group of people working together to bring it to life”.

The awards are engraved bricks that will be on display in the window of the DDA offices downtown.