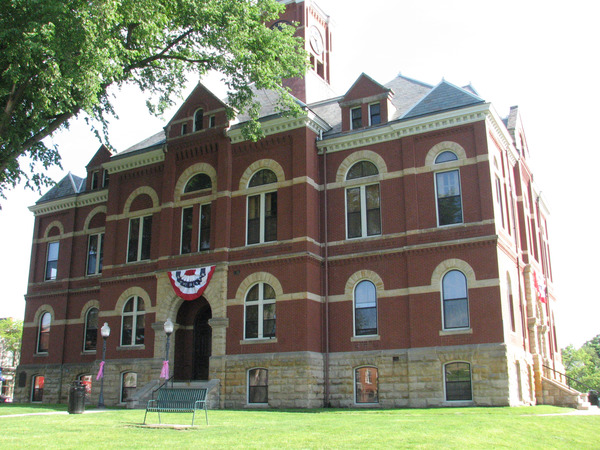 
Despite a Facebook video Wednesday in which Livingston County Sheriff Mike Murphy said that he had received assurances that a local gun-rights group would not turn out in Downtown Howell Thursday, a message from that group says differently.

The Michigan for 2A Sanctuary Counties - Livingston put out a Facebook message Wednesday afternoon saying that Sheriff Murphy had reached out to them, “and respectfully asked that we coordinate with law enforcement tomorrow in a slightly different way.” The group says they will have what they called “predesignated Patriots” at key locations as designated observers. They also asked for volunteers and said they planned to meet at the Historic Courthouse at 10am. That completely contradicts what Murphy said earlier in the day in a video in which he claimed that he had reached out to the leaders of that group, including County Commissioner Bob Bezotte and Republican Congressional candidate Mike Detmer, and had been assured they would “stand down” and not turn out.

The group had originally planned to turn out in response to a planned “peaceful protest” that had been organized to take place Thursday in response to the nationwide demonstrations following the death of George Floyd, a black man, by a white police officer in Minneapolis. The officer has since been charged with second-degree murder in the case, while three fellow officers who were in the scene at the time were also charged with aiding and abetting second-degree murder and second-degree manslaughter. All four were fired last week.

However, the organizer of the planned protest decided early Tuesday to indefinitely postpone it after fears were raised it could lead to violence like that seen elsewhere. Despite that, the Michigan for 2A Sanctuary Counties - Livingston still plans to turn out Thursday. Another "peaceful protest" has also been planned for 3pm at the courthouse, according to an event page on Facebook.

Sheriff Murphy has since released a statement that contradicts what the 2A group is saying. It reads:

"I learned about 2A’s intentions at about 11:00 am yesterday (June 3, 2020) by watching a video that was sent to me. At 11:34 am I called Bob Bezotte and asked him not to attend, as we (all county public safety) have been working to make sure this event, if there is one, would be peaceful and we were very comfortable with our plan(s). He said he understood and would not attend. I then Called Mike Detmer at 11:57 am and had a similar conversation and he also agreed to stay away. At Noon I call Rob who was identified as a local 2A member / organizer. I had a similar conversation with him. He told me he understood and would do his best to communicate the stand down / stay away message to his folks. I then did the Facebook video post.

Law Enforcement concern all along has been the safety and security of people and property. We have not, nor will we EVER attempt to shut down a peaceful rally, protest, etc… But we have seen over the past week, that many of these start with the best intentions and then go sideways for a variety of reasons. We have information there are folks in town with less than noble motives, thus my plea for everyone to stay away. NOT because we are against a peaceful protest, rally, or demonstration, but this is for your safety."

Meanwhile, the City of Howell issued a press release stating that because the potential for gatherings by various organizations is likely to take place Thursday, several City and County facilities will be closed “through an abundance of caution due to national issues related to these events and recent social media threats to specific government buildings.”

The City also asked businesses throughout the area to consider altering their hours or close for the day on Thursday. Additionally, they ask that residents of the community who do not plan on attending any of the gatherings stay away from areas during the periods of time events are taking place. Currently that includes the area of the County Courthouse located at State Street and Grand River starting around 10am. The City says that will help law enforcement monitor any crowds that may gather and maintain those gatherings as peaceful events.

A link to Murphy’s full video, the complete statement from the City of Howell and the 2A Facebook post are all provided.