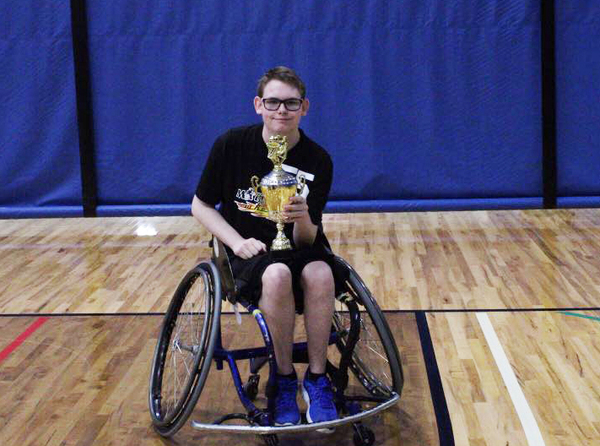 Sam Scroggins is a senior at Howell High School who’s part of one of the top basketball teams in America.

He’s part of the Motor City Wheelz, a wheelchair basketball team formerly known as the Michigan Rollin’ Pistons, that is having its first tournament of the season this weekend in Southfield. Sam was born with cerebral palsy, and says he got started in elementary school. "I went to the doctor's and they told me that if you want something to do, play this game. I gave it a try and ten years later I've had a great time doing it."

Players must have a permanent disability affecting the lower portion of their bodies to be eligible to play. His cerebral palsy is why Sam, who does not use a wheelchair outside of basketball, is able to play on the team. The Motor City Wheelz are part of the National Wheelchair Basketball Association, and Sam plays on the Wheelz varsity team, which uses a regulation-sized basketball court with the rims at the standard 10 feet.

The tournament will be held at the Beechwood Recreation Center at 22200 Beech Road, on the corner of 9 Mile and Beech in Southfield. Games start Saturday at 9 a.m., with the championship rounds held on Sunday. (TR)