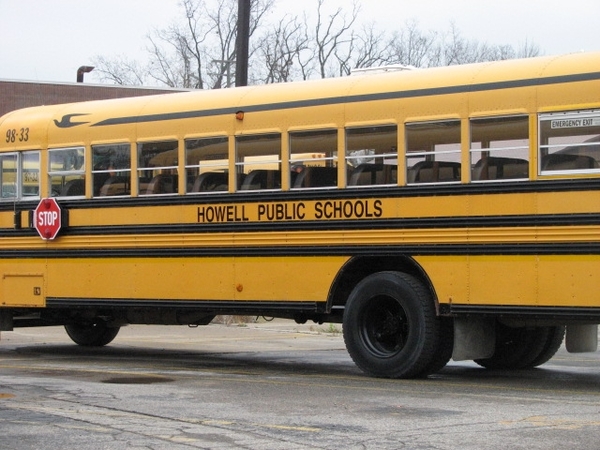 At approximately 4:30pm, Deputies with the Livingston County Sheriff's Office were dispatched to Wiggins Road near Cohoctah Road on the report of a personal injury crash involving a school bus.

The investigation revealed that a 2005 Chevrolet Silverado, being operated by an 18-year-old male resident of Deerfield Township, was southbound when he lost control on the ice covered roadway. A Howell School bus operated by the Livingston Educational Service Agency was northbound and attempted to avoid the southbound pickup truck that crossed into the northbound lane but was struck head on. The bus contained seven children who only reported minor injuries. All occupants of the bus were released at the scene to family.

In a statement, District Spokesman Thomas Gould says, “The accident occurred near the end of the bus’s afternoon route and there were only a few students on board. All of the students are okay. We are thankful for the first responders who came to the assistance of our students and worked to ensure that they were all safe. Currently, the accident remains under investigation by the Livingston County Sheriff’s Department but preliminary reports indicate no fault by the bus driver.”

Deputies were assisted at the scene by members of the Howell Area Fire Department and Livingston County EMS. (DK)