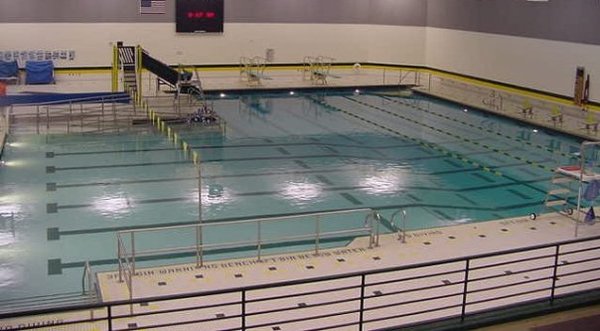 
Some community members got their wish as the Howell Aquatic Center Pool will be re-opening next year.

The Howell Public Schools Board of Education met Monday night and voted unanimously to hire a facility supervisor that would develop programming and manage operations of the pool at Howell High School. The district had an agreement with the Howell Area Parks & Recreation Authority since 2009 to manage the pool and programming but didn’t renew the contract this year due to projected budget deficits. That was followed by community concern over the loss of the pool.

Superintendent Erin MacGregor had sought guidance from the board on what direction it wanted to move in as budget shortfalls weren’t as bad as projected and the district is financially in a position where it can assume responsibility. MacGregor gave the board options to consider that included having an external group manage the pool, have the district take over responsibility for operating the pool or close it and look at reconfiguring the space. He noted the budget didn’t take as severe hit as originally thought and the district was able to plug the budget with a lot of one-time dollars so could afford to re-open the pool – although larger financial issues would still resurface as pools are costly to operate and it’s an old facility. The ultimate recommendation that was unanimously approved by the board was to hire a full-time facility supervisor to develop and schedule programming and manage pool operations.

MacGregor said the pool has been utilized for instructional use, extra-curricular purposes and recreational opportunities– saying it has been a great resource for students, staff and the community during that time. The pool is almost 40-years old and typically carries an annual deficit of $150,000. MacGregor said the long term consideration is that the pool is an aging facility and while they’ll be putting some bond dollars into it next spring/summer - it will continue to cost money to maintain the facility and pool operations are costly. He told the board there will likely need to be discussion about some kind of shared funding model to continue to operate the facility long term basis.

MacGregor said in hiring the facility supervisor, the vision would be for the role to extend past just the pool and look at overall facility needs and uses for the district. He said he thinks some things could be done more efficiently and proactively with facilities and the benefit of a facility supervisor opens up some new opportunities. It was stated that district taking over operations will allow community programming to continue that many have come to appreciate and benefit from while providing the leadership structure to potentially expand some of that. MacGregor commented that the district still has a good relationship with the Recreation Authority and doesn’t believe eliminating the contract decision damaged anything, noting he had a good conversation with director.

Meanwhile, some pool patrons were in attendance at the meeting and thanked the board for re-opening the pool that will continue to benefit the community. It was stated there is a large group that attends many different programs for both adults and children, including swim classes and aerobics and the recent decision will further benefit students.