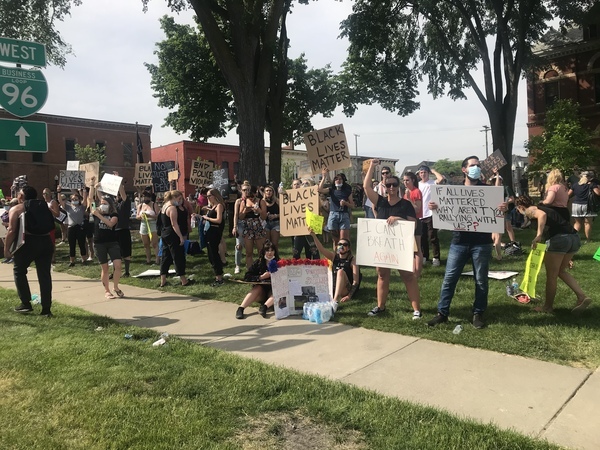 
The City of Howell is prepared should more demonstrations to protest police brutality and racism take place.

Police Chief Scott Mannor delivered an update during the Howell City Council’s meeting held virtually Monday night – saying it was a busy, stressful week. Following the killing of George Floyd by Minneapolis Police; Mannor said an initial threat about burning down Howell spiraled into other threats against the city and specific targets including the police department, the Sheriff’s Office, jail and some other buildings. He said things boiled over pretty quickly and two people initially contacted the City about hosting separate events to bring awareness to police brutality – one was last Thursday and the other was for this coming Thursday. Mannor said he was then contacted by the FBI with intelligence that two violent organizations were planning to hijack those events so he contacted organizers and they agreed to cancel plans.

Although last Thursday’s event was canceled, Mannor said 275 people still came downtown. He said they spent many hours planning ahead of last Thursday’s event to get a plan together to prevent and respond in case something happened but it was a pretty peaceful event. One involved a teen who brandished a pellet gun while driving through the area and was later arrested and turned over to a parent. The other was said to be a physical altercation between two individuals after last Thursday’s event had already concluded and protestors had dispersed. Charges are being sought in that instance. Mannor said there were also some other minor verbal arguments downtown but they didn’t get any further than that.

He said county agencies worked very well together to prevent things from turning to a bad situation last Thursday and they were very well prepared. This Thursday’s event remains canceled but Mannor said they’re monitoring things on social media and if something should happen, they’re prepared to handle it. He stated he couldn’t go into too much detail in case they need to deploy those same tactics again this week or in the future. Mannor said he hopes this is not their future and that last Thursday’s event “put a national target on their back”. He stated many organizations are national and not local so he hopes this isn’t their future.

Following Mannor’s report, council and staff commended the police department and new management structure for calm leadership. A lot of positive support from community members was also relayed. Interim City Manager Erv Suida added he felt the events should be referred to as rallies instead of protests because everyone is on the same side.