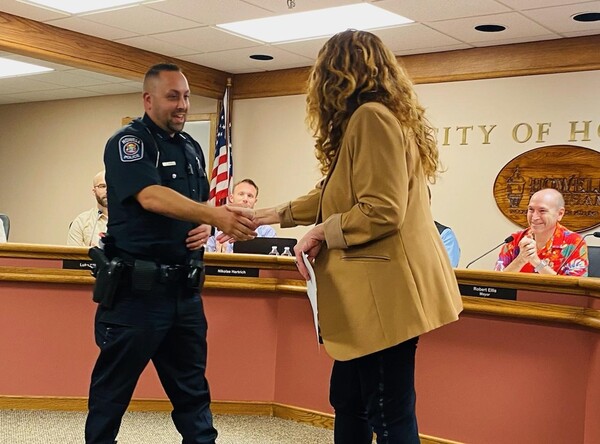 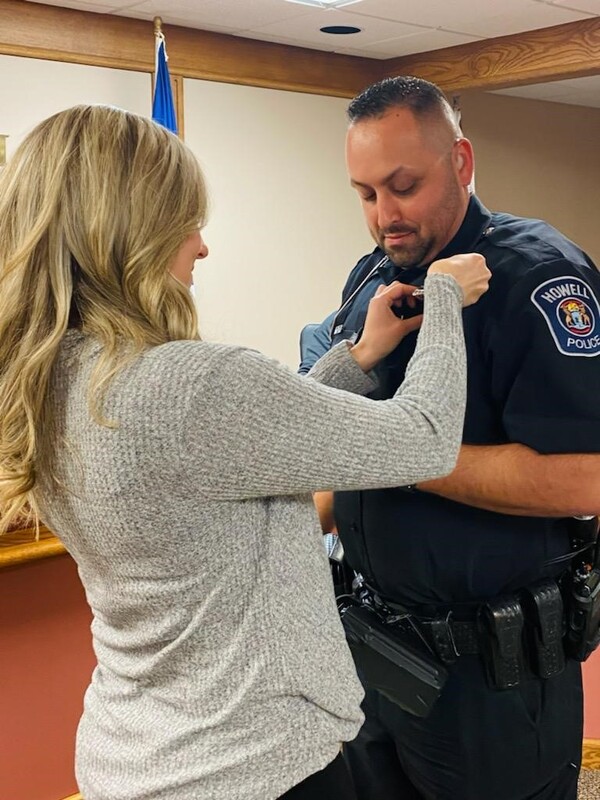 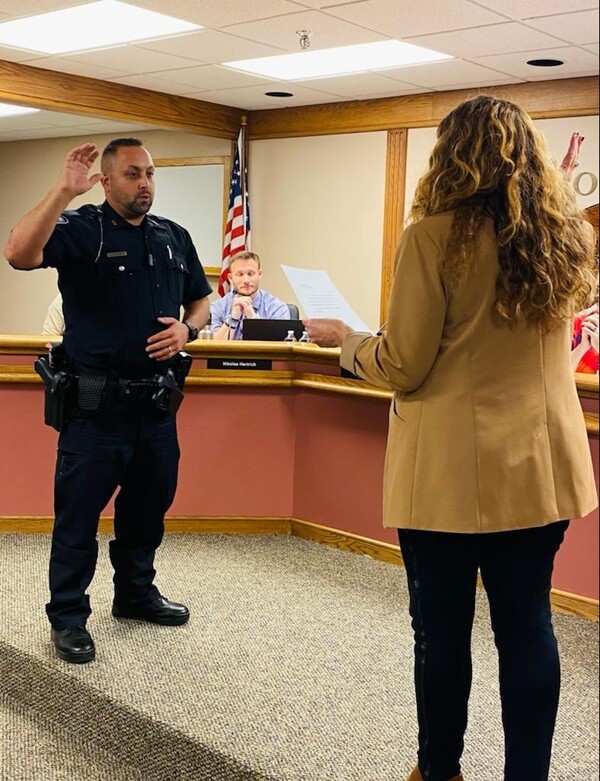 
The City of Howell Police Department is welcoming a new officer.

Officer Vincent John was sworn in at a recent City Council meeting and administered the oath of office. His wife Kristin pinned on his new badge.

John is a recent graduate of the Washtenaw Police Academy and graduated from Howell High School. Prior to coming to the Howell Police Department, he was employed by the Livingston County Sheriff’s Office, where he served as a Corrections Deputy for 8 ½ years. Officer John has also served with the Howell Area Fire Department since his sophomore year of High School.

In addition to John, a new police sergeant is expected to be sworn-in at the November 28th City Council meeting.