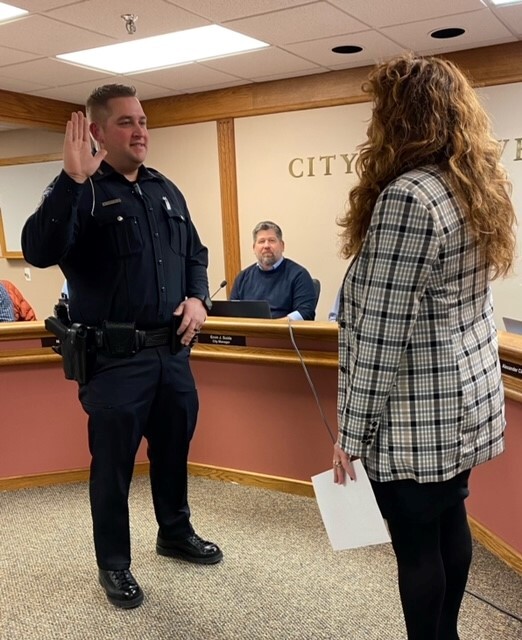 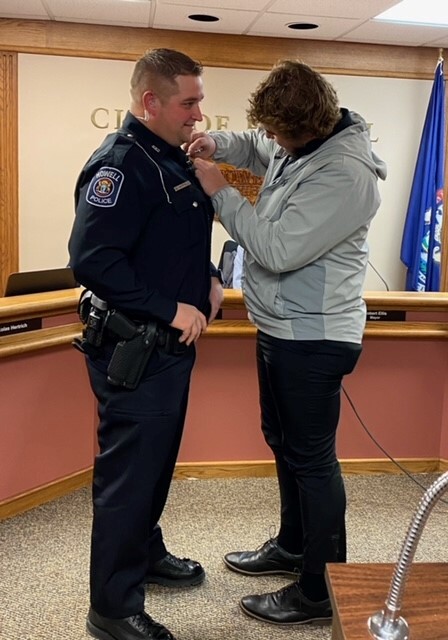 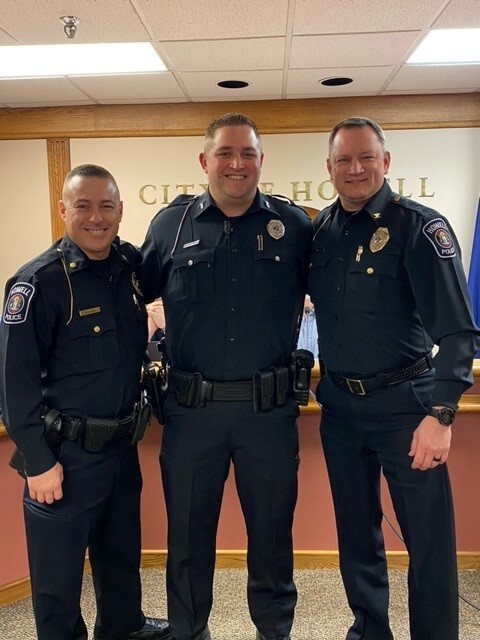 
The Howell Police Department is welcoming its newest officer.

Officer Mike Hatfield was sworn in during a ceremony at a recent City Council meeting. He recited the oath of office and had his badge pinned on by his son, Mikey. Hatfield graduated from the Mid-Michigan Police Academy in December of last year.

While in the academy, Hatfield earned the Firearms Award, as well as the MCOLES Outstanding Performance Award.

Prior to attending the police academy, Hatfield worked at the Livingston County Jail as a Corrections Deputy for the past 8 ½ years. The Fowlerville High School graduate also currently works for the Fowlerville Area Fire Department.

Officer Hatfield is the latest addition to the Department, which recently welcomed back Sergeant Darren Lockhart. He began his career with the Howell Police Department in July of 1993 and then retired in 2018 after working 25 years as a patrolman. He then worked as a deputy with the Livingston County Sheriff’s Office for the past four years before returning to the Howell department.