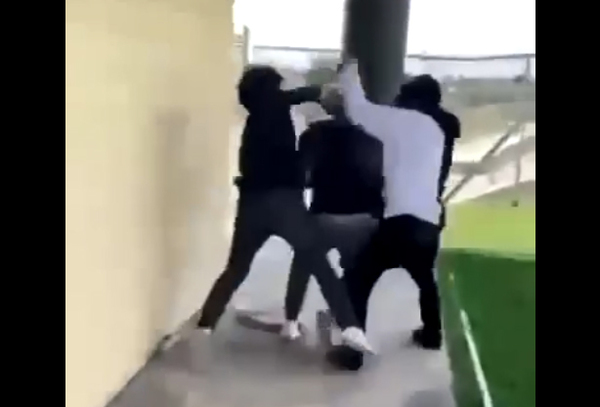 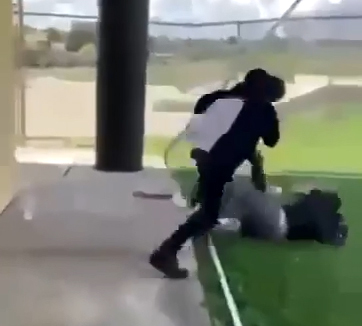 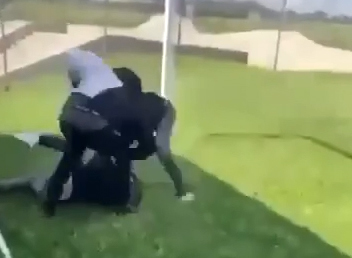 
Howell Police are investigating an incident caught on video in which two high school students are shown attacking and beating a third student, identified as having special needs.

The video, which is only 12 seconds long, has made its way across social media and initially shows four students outside of the high school approach the special needs student shortly after the school day ended. Two of the four then closed in on the student, who is heard to say “Ow” as they began shoving and punching him, forcing him to the ground. At that point, one of the students kicks him and then both attackers stand over the victim and repeatedly rain down blows on him before walking off.

The video was addressed in an email to parents last week by Superintendent Erin MacGregor, who called it “disturbing” and said it was “troubling to know that this occurred on our campus.” He added that the actions on the video should not represent the student body, noting that it was fellow students who brought the matter to their attention.

District spokesman Tom Gould told WHMI that “Upon learning of the incident, the high school worked quickly to identify those involved. As a school and a district, we do not tolerate this type of behavior. The school has started the discipline process per the district’s student handbook, and law enforcement is involved.”

On that note, Howell Deputy Police Chief Michael Dunn confirmed that their department is investigating the incident. “The School Resource Officer has worked closely with school officials on this since the day it occurred. The report is being forwarded to the Prosecutor's Office for review and due to that we are not releasing any details at this time.”