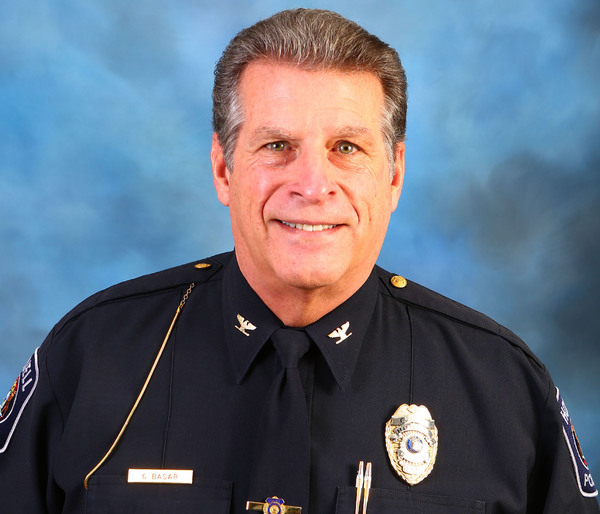 
After 47 years in the law enforcement profession, Howell Police Chief George Basar says it’s time to call it a career.

Chief Basar has been with the Howell Police Department for the past 14 years. Prior to that, he had 31 years with the Ypsilanti Police Department and two years with Milan Police. City Council met Monday night and said it was a bittersweet occasion that they accept his letter of retirement effective May 1st. A separate motion was approved to confirm current Deputy Chief Scott Mannor as the next chief. Basar’s work in turning around the department was highlighted during the meeting and various other positive changes during his time with the City. The department also recently received the highly coveted and tough to earn Accreditation designation.

Basar told WHMI he’s comfortable with where the department is at and they’ve done a lot of work during the 14 years he’s been here. He said it really culminated with the department receiving accreditation, which is an acknowledgment of the professionalism and the quality of service their men and women provide. Basar says 47 years in law enforcement flew by quickly and it seems like the opportune time for him to move on as he’s leaving a strong foundation and a base for the department to continue to move forward. Basar tells WHMI it’s time now for him to write a new chapter in his life but also time to allow some others to write a new chapter in the history of the Howell Police Department. Basar said he doesn’t have any life-changing plans for retirement and will probably spend the majority of the upcoming summer up north with family outside of Traverse City. Basar added he’s really proud of the department with what they’ve achieved and is proud of the men and women who work there and the service they provide to the community. He says it really is a high level quality of service and it’s very gratifying to see what they’ve achieved and where they’ll go in the future.

Basar says Deputy Chief Scott Mannor being named his replacement is the perfect person to lead that into the future. Mannor has worked for the City since 1999. He was promoted to the rank of Sergeant in 2005 and Deputy Chief in 2014. A memo states “Deputy Chief Mannor has been and continues to be an incredible asset to this community with his own unique management style and philosophies that will be an incredible asset to the Department and the Community”. It was also announced at the meeting that longtime Administrative Assistant Barb Smith will also be retiring from the Howell Police Department and will be missed as well.

A more formal ceremony honoring Basar’s service and passing of the torch to Deputy Chief Mannor will be conducted at the April 20th council meeting. Chief Basar’s retirement letter and the council memo are attached.