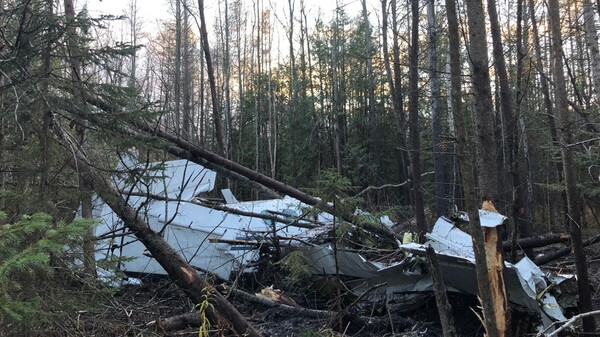 
A Livingston County man has passed away in a plane crash in Northern Michigan.

Authorities are reporting that 21-year-old Corbin Dennis Kennedy of Howell was one of two fatalities in a Monday afternoon plane crash. The pilot, 61-year-old Kenneth Daniel Yott of Pontiac, was also killed in the crash. The two were found in the downed wreckage of a Beechcraft King Air airplane in a wooded area of Charlevoix County’s Melrose Township.

UptownNorthLive.com reports that the Federal Aviation Administration alerted authorities that there was an airplane that went off the radar near the Boyne Valley and Melrose Township line around 1:28pm. A search was conducted by several area law enforcement and fire departments, Michigan State Police, and the Michigan DNR, upon which the MSP located the plane by helicopter.

The FAA and the National Transportation Safety Board are investigating, but it is currently not known what caused the crash.

The Associated Press contributed to this article.