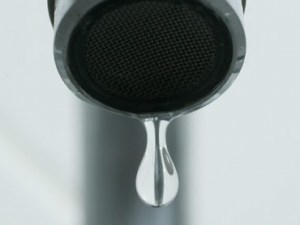 The City of Howell is in the process of conducting required lead and copper testing, although it continues to remain ahead of the curve.

The City has been performing lead and copper testing through the system since 1992 per the federal Lead and Copper Rule, which establishes action levels. The Michigan Safe Drinking Water Act was expanded in 2018 due to changes to federal rules and the state currently has the strongest protections in the United States against lead in drinking water. The City of Howell currently meets all new standards and exceeds level requirements - with most all said to be well under if not zero on tests. An update was given at a recent City Council meeting. Per rules, sampling is done in homes that have the highest probability of having lead components based on the age of the home. Interim City Manager Erv Suida says the City started doing initial sampling twice a year and then later on an annual basis. Around 1995 because results were so favorable, the City was moved to tri-annual testing to be done every three years. Suida says they started with 40 homes and are now down to 20 to test. Due to new rule updates, he says they’ve taken a look at the homes being tested to determine if any are considered “tier 1”. Those are sites with known lead service lines or galvanized service lines, which is considered a lead service line, and were also built in the era where lead solder would have been used for the copper.

Suida said they’ve done inspections and identified 22 homes to test. He clarified that even if homes have certain pipes and are considered “tier 1”, they can still be safe. Suida tells WHMI it’s all about someone’s water – noting the City treats water for corrosion doesn’t have a lot of corrosion off pipes. He says a lot of lead found in water is not from the source but rather the materials. He says brass faucets that were pre-1982 have quite a bit of lead in them. He says lead solder was used for copper and then lead service lines so it’s that lead leaching off those components that gets in the water that is often the issue – not the source water. Suida says if someone has stable water and a good corrosion control program, which Howell has had since 1982, then more than likely someone doesn’t have a lead issue in their system – stressing to this point, the City has not had a lead issue in their system.

Suida says they’ve been educating homeowners where testing will be performed to make sure they draw samples correctly as there are some changes on how they have to take sample and how many samples they have to take if considered “tier 1”. Those samples will be submitted to a lab. He says they expect those will be like others in the past, which are well below the limits and typically are non-detect. (JM)