Howell Rec Authority Board Not Pleased With Mayor's Comments 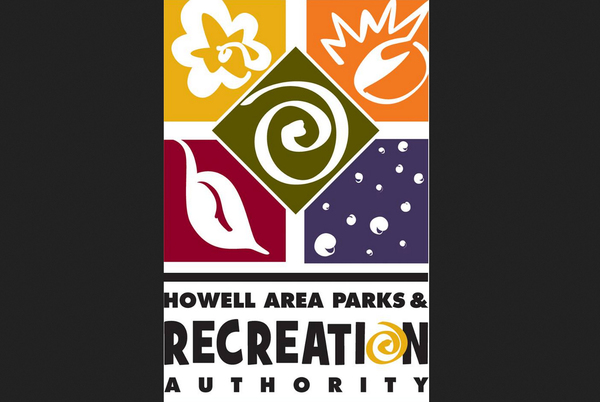 
Comments made by the Howell mayor about the City possibly withdrawing from the Howell Area Parks & Recreation Authority due to budget constraints is being met with strong concerns.

The Authority Board met virtually Tuesday night and discussed comments made by Howell Mayor Nick Proctor at the end of last week's Council meeting. At that meeting, Proctor said that Council has done very well managing finite resources but there are clear fiscal stresses and believes they’ll have to consider further budget reallocations - which won’t be easy. Proctor stated the general fund expenditure for parks and recreation the last fiscal year was just under $366,000. He said he believes Council should consider reallocating a significant portion of that line item by withdrawing from Howell Area Parks & Recreation Authority.

Proctor stated the City operates within a dysfunctional state fiscal model, and although well intentioned, the dynamics of Proposal A and the Headlee Amendment did not contain provisions allowing municipalities to recover from recessions by restoring tax levels to pre-recession levels – putting Howell and many other communities in difficult financial positions. Proctor said after failing to convince voters to restore the City to the full 20-mill level a few years ago with a failed Headlee Override, he believes Council and staff have done a remarkable job of keeping the City afloat. He noted the finance department has consistently been recognized for excellence in financial reporting and the City continues to have stellar rankings in annual audits conducted by an external, independent accounting agency. From Council perspective, Proctor said they’ve done very well managing finite resources. He said Council also adopted a process that sets the annual budget on revenues they know the City will receive and they no longer try to guess what state revenue sharing levels will be since they can fluctuate wildly year to year. Once revenue sharing is received, Proctor said Council reconvenes to allocate the resources accordingly. He says that prevents them from slipping into a structural deficit and putting the City in a position to have to cut items from the budget they were previously hoping to accomplish.

Proctor noted that since the revenue stream cannot support road reconstruction or resurfacing, Council’s position has been to accomplish projects only if there is an 80% grant from external sources - which doesn’t guarantee the work will get done because the City still has to come up with the 20% match. He added that critical infrastructure area has been consciously neglected due to fiscal stresses. Proctor said the City has been able to sustain a balanced budget by adopting maintenance budgets in each of the last few fiscal years. However, he said current and future fiscal challenges remain daunting. Proctor said Council previously decided on the modest reallocation of finite fiscal resources elsewhere by making various cuts, including charging back 50% of the cost of City events to those sponsoring the events.

Due to the pandemic and closure of the state economy, Proctor said tax revenue coming into the state dropped remarkably – which doesn’t bode well for the City when considering state revenue sharing. He stated the City’s pension liability is under 60% and they have to find a way to get that significantly up. Proctor said the liability is under-funded by over $11 (m) million dollars, which is a staggering figure. Proctor believes the City will have to wrestle with, at some point, if and when they want to re-approach residents for another attempt at a Headlee Override or some other mechanism to address shortfalls.

Proctor noted it was intended for the Authority to operate under its own millage – not be sustained through the general fund contributions of participating municipalities. He further referenced a failed millage request by voters a few years ago. Given the current fiscal stresses, Proctor said he personally questions whether the status quo is sustainable given their other priorities. Proctor said he did want to be clear though that he is a big supporter of the recreation program and it is very close to his heart – he was just questioning whether Council should consider allocating those resources elsewhere given he City’s pension liability and street repair needs. Proctor said should Council decide to reallocate resources, then he would propose moving forward with discussions with the Authority on a new self-sustaining model.

The Authority is comprised of the City of Howell and Oceola, Marion, Genoa and Howell Townships, with each construing different levels of funding. Some Authority board members and staff commented it was a bit disheartening to hear all of the rumors and that no one had been approached prior.

Authority Director Tim Church commented that having a conversation ahead of time is generally appreciated. Church said he feels that he’s a pretty approachable person and if budgetary issues were a concern, then they maybe they should have been at the table talking about it. Church said he’s all about listening and it was a matter of conversation that didn’t sit well with staff – especially those who live in the community and are passionate about the programming but are also employees. Church said it was kind of disheartening and he recognizes that down the line they do need to focus and put efforts into coming up with a sustainable revenue source of a rec millage but they have to build to that and show the value, which they have been working up to.

It was stated during the meeting that the Authority does need to identify a sustainable source of funding such as a rec millage, which are hard to pass, and there were different issues associated with the defeat of proposed millages in 2006 and 2016. It was stated there are now rooted programs that are growing and are successful but they would need to build up to any millage proposal.

Staff also felt the matter should have been brought up before the mayor announced it at the meeting. Youth Services Manager Kevin Troshak voiced concerns, saying he’s proud to be part of the team and how had everyone has worked to get to this point - especially during the pandemic with all of the free programs the Authority been putting on for the public so what might be happening is a little disheartening. Troshak said he’s been working the last couple months trying to put together a massive crowdfunding campaign to transform the Bennett Recreation Center into what they were hoping would be a permanent home for a youth and teen center. He says if the City possibly withdraws, it puts everything he’s been working on in jeopardy as well as the future of the youth program in general. Troshak said there were no attempts to reach out and have any discussion, which he felt was a little disingenuous and disappointing.

There were some questions raised about the numbers mentioned by the mayor as that is not the amount coming to the Authority. Proctor quoted the budget line item at just under $366,000. The City’s contribution to the Authority is $105,000 annually and then $40,000 to run the city park. It was stated there are lot of other expenses the Authority takes on and a lot of funds also go back to the City.

Councilwoman Jeanette Ambrose is the city’s representative to the Authority Board and reported on the content of the meeting and Proctor’s comments, stating it is all related to the City’s financial problems. Ambrose commented it’s not a done deal, it was just the Mayor’s thoughts and Council hasn’t discussed anything.

Authority Board Chairman Sean Dunleavy expressed a desire to look at the numbers. He said he shared the concerns about the things everyone is hearing around town and stated he’ll be reaching out to the mayor to hopefully sit down and talk ahead of the strategic planning session that Council will be hosting virtually this Saturday. It starts at 8:30am.