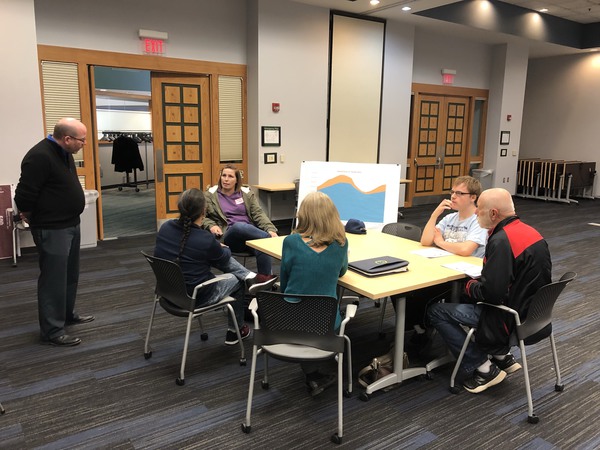 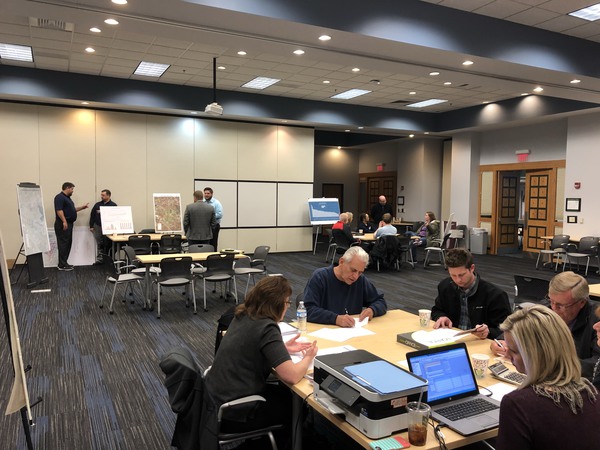 The City of Howell held its final public information meeting in front of a critical Headlee Override vote on Election Day, November 6th.

City staff and elected officials broke into separate stations to have discussions with residents on what the Headlee Override will do if it passes, or what could happen to the city, if it doesn’t. Howell, like several municipalities in the area and state, has had a rough time recuperating from the 2008 recession. Because of the Headlee Amendment and the way it works with Prop A, they are only drawing roughly 15.5 mills out of their city charter-authorized 20 from residents. If the Override passes on November 6th, the city will be able to draw the remaining 4.5 mills for 5 years. A homeowner with a house that has the average taxable value of $70,000 will pay around $315 more in city taxes each year. Roughly $250,000 of the $1.4-million it would generate would be used to offset a current operational deficit. The remainder would be used on roads and infrastructure.

Howell Public Services Director Ervin Suida shared what may likely happen to the infrastructure if the vote fails. Suida said roads would be patched as they fail, as opposed to the less costly method of maintaining them before they do. He said that Howell residents expect a sense a reliability when it comes to sewer and water that he believes they currently provide. But, Suida says, Howell is an old city with an old system, and there are parts of the infrastructure that have never been replaced, or were last replaced 60 to 70 years ago. He said getting in there and fixing that is critical.

Deputy Police Chief Scott Mannor said that if the Headlee Override fails, some of the police department’s services would likely be affected. That could include foot and bike patrols, vacation checks, and work with business owners and apartment complexes. Mayor Nick Proctor said, “If we let the roads deteriorate, property values will undoubtedly decline and people won’t move into the city. Business development will stop. They’ll stop coming to town to town because the infrastructure is poor, and that’s the slow death of a city, I believe. Or, do we want a community that will invest in the infrastructure, make our roads passable, livable, and foster a good sense of community. It’s a good environment for people to live, and a good environment for businesses to flourish.”

If the vote fails, Proctor and City Council will have to immediately begin looking at ways to offset their quarter-million dollar deficit this current fiscal year. Proctor said tough decisions will have to be made on staff and service reductions, and that’s just for the current year. He warned that it could lead to the slow decline of the city.

More information can be found through the link below. (MK)