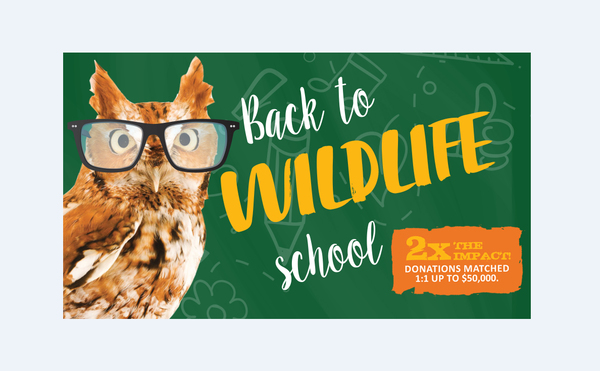 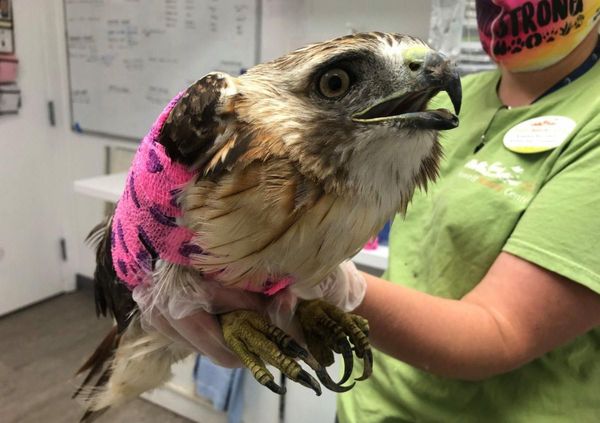 
A new fundraising campaign aims to help the Howell Nature Center prepare for the next influx of animals at its Wildlife Rehabilitation Center.

The “Back to Wildlife School” campaign launched Monday and aims to support the clinic as the fall season approaches with continued financial uncertainty. Many of the Nature Center’s spring babies are preparing to graduate and will soon be released into the wild but simultaneously, a flood of new wildlife patients will be arriving in the fall – thus clinic staff refer to it as “going back to wildlife school”.

Community Engagement and Program Manager Lizzy Schultz says tells WHMI many people are familiar with their baby shower appeal in the spring when thousands of baby animals show up at their clinic doors. She says they do their best to help them and get them back out into the wild. However, Schultz says many people don’t know that come fall, they’ll get a new group of animals coming in. As their spring babies are graduating and going back out into the wild, the new patients coming in are referred to as juvenile or teenage wild animals. Schultz says they’ve often been kicked out of the family home and haven’t quite figured out how to hunt or find resources on their own. She says the animals are often found starving or confused so they bring them in and teach them how to be wild animals – how to hunt and forage for food and how to find a social partner but it takes a lot of resources and a lot of work.

Schultz says they started this new campaign after a generous anonymous donor approached them and offered to do a matching campaign of up to $50,000 so they’re hoping the community will help out. She says the goal is to raise $100,000 to help animals this fall. Schultz said this spring; there was the most generous outpouring of kindness than she’s ever seen in the industry. She says the community response to their emergency appeal helped them take in over 3,500 wild patients so far this year. Schultz says they generally end the year helping around 4,000 injured and orphaned wildlife but they’re anticipating way more than that this year that based on where numbers are currently. Schultz says they take in basically everything including small mice, fox, owls, woodchucks, and rabbits- you name it. Just last week, she says they had a couple of red-tailed fox come in that were hit by cars, which is very common. Schultz says vehicle hits are very sad and very common. She says a lot of wildlife isn’t used to cars, especially birds of prey, because as they’re swooping in to catch their food they don’t look both ways before they cross the street and get hit by cars. That’s also especially true for owls. Schultz says they hunt by flying very close to the ground listening for their food, not so much looking, and fly pretty slow and at night it’s hard for drivers to see them.

Throughout the campaign, clinic updates and animal stories will be shared on the Howell Nature Center’s Facebook page. The campaign will culminate on September 26th with the Center’s annual fundraising gala “A Wild Wonderful Night”. Schultz says they had to change things up due to COVID-19 so instead of holding the event at a classy indoor venue; they’ll host it on their property and are calling it “Wild Wonderful Twilight”. There will also be a virtual event option. Donations toward the “Back to Wildlife School” campaign can be made online, mailed directly or by calling the Howell Nature Center. More information is available through the provided link.