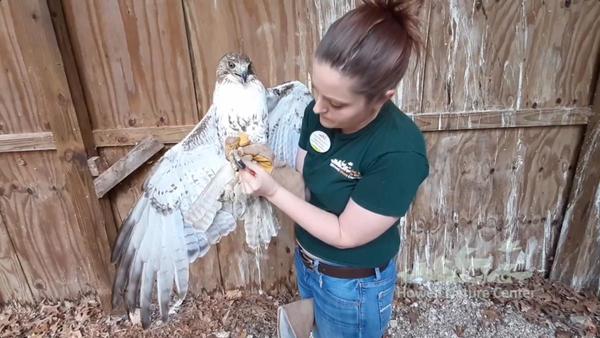 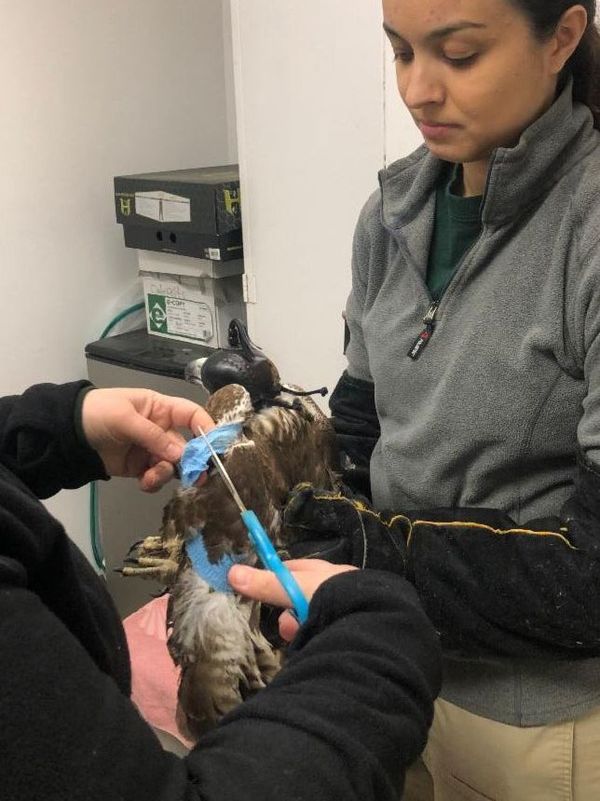 The Howell Nature Center has successfully rehabilitated and released a red-tailed hawk, giving it a second chance at life.

On January 25th, a motorist pulled over off a busy roadway, spying an injured juvenile red-tailed hawk on the ground. Howell Nature Center Board Member David Williams was on the same stretch of road and soon happened upon the resident and the hawk and lent a hand. The bird was transported to the nature center’s Wildlife Rehabilitation Clinic where an injury to the left shoulder was discovered. Its wing was wrapped to its body to restrict movement, and medication was administered for pain and inflammation. Staff surmised, in a release, that the hawk was likely struck by a car, which is a common occurrence when birds of prey hunt near roadways or stop to eat roadkill.

Once its shoulder healed, the hawk was given access to gradually larger spaces to begin flying again. Daily exercise helped the bird regain the muscle and stamina needed to again capture prey and survive in the wild. Earlier this month, after 3 ½ months of care, Howell Nature Center Staff deemed the hawk ready for a second chance at life in the wild, and released it to the skies.

Laura Butler, Director of Wildlife and Education at the Nature Center, said they are so grateful to their supporters who make stories like this possible, and that their success depends on the them and the compassion of individuals who rescue wildlife in-need. You can see video of the hawk being released into the wild on the Howell Nature Center’s Facebook page.