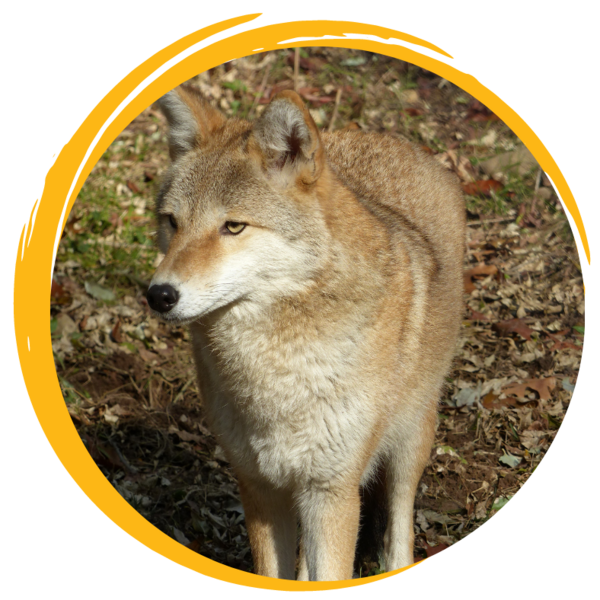 
The Howell Nature Center’s resident coyote Kala has moved into a new home and the community is invited to a ribbon-cutting ceremony Saturday to officially unveil the new habitat.

The Nature Center’s Wild Wonders Wildlife Park acts as a forever home to 75 Michigan native wildlife. Either permanently injured, kept illegally as pets, or bred in captivity, the non-releasable wildlife rely on the Center for a second chance at life. Acting as wildlife ambassadors, officials say they help educate thousands of community members each year to live in harmony with native species and other wildlife.

Found alone and seemingly orphaned, Kala came to the Clinic at around 4-months-old. Despite best efforts to rehabilitate her, she was deemed non-releasable back into her natural habitat.

Over the past couple of years, the Nature Center and the Brighton Kem Krest team partnered together to envision a larger, more natural habitat for Kala. It’s designed to provide her and other future coyote residents a better quality of life. Officials say her long-awaited journey to her new home has finally become a reality after years of funding by Kem Krest and other local partners.

CEO JC Carlson tells WHMI their guests really enjoy interacting with Kala but her habitat wasn’t very visually appealing and they wanted to enrich her life and give her more space to roam. He says they built a beautiful waterfall and pond, and a little cave for Kala to get out of the elements. Carlson says various plantings were added to emulate the natural environment and there’s now a very large open area for Kala to roam.

The project has been in the works for the past two years and most construction took place over the last year. Carlson said they’re building something really special at the Center and it’s because of all of the community support and partnerships like Kem Krest and they are very grateful.

The hope is that Kem Krest’s partnership on the new coyote habitat will set a precedent for future expansions to come.

Carlson says they want to create habitats and really educate the community about how people can live in harmony with native wildfire – which is a huge focus. For instance, he says coyotes are often vilified and people are afraid for their pets and there’s a fear of the unknown. Carlson says they work to educate about the values in the ecosystem that coyotes bring and their unique aspects – adding they hope to educate and enthrall people to become protectors of wildlife in the environment.

Saturday’s event starts at 10am. The official ribbon-cutting ceremony is at 10:30am and will be followed by a short speaking presentation. Those interested in attending are asked to register. Details are available in the provided link.

Carlson will also be a guest on WHMI’s Viewpoint program this Sunday morning at 8:30.